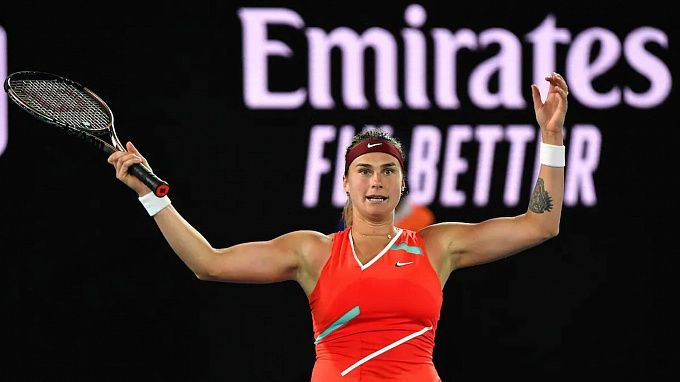 Marketa and Arina know each other quite well, they have played four times in the tour, with a record of 2-2 so far. By the way, it was the Belarusian who won the last two matches. Despite these statistics, the bookmakers are on Vondrousova's side.

Before Melbourne, Marketa played two matches in Adelaide, beating Golubic but losing to Konjuh. In the Australian Open main draw, the Czech played two matches and soundly defeated the local tennis player Hon, the world No. 221, and Russian Ludmilla Samsonova ranked 37. The match lasted for 1.5 hours, Marketa having 4 aces and 8 double faults, and especially, she had a great serve reception and 43% of the points won on the first serve of Samsonova.

Aryna started the season stiff, to say the least. She lost two matches in Adelaide, against Juvan and Peterson. Sabalenka came through until the third round, barely beating Sanders ranked 128 and the world No. 100 Xinyu Wang, both in three sets. That said, Aryna is noticeably gaining form. When she lost the first game to the Chinese with a score of 1-6, the third set saw her defeat Wang 6-2 in 34 minutes.

A year ago, on the hardcourt in Miami, Sabalenka defeated Vondrousova 6-1, 6-2. Now it is hardly worth waiting for the same result, as Marketa has improved tremendously since then, and Aryna had a weak start to the season. However, it Sabalenka has been gaining form in Melbourne, and it is obvious that the Belarussian athlete will do better in the upcoming match than against Wang. Bookmakers believe that Vondrousova has a better chance of success than Aryna, we believe that they are wrong this time, and Aryna will beat Marketa for the third time in a row. Here are the betting options for the upcoming match: H2 (+2.5) for 1.82; W2 for 2.20; W2 for 2.21.