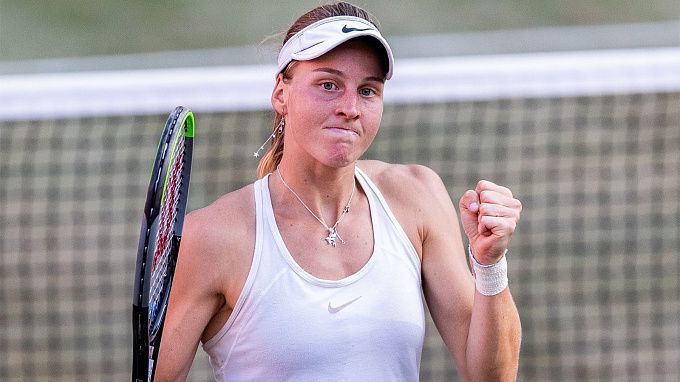 In the second round of the Australian Open, #37 Ludmila Samsonova will meet with 41st ranked in the world, Marketa Vondroussova. The opponents once played each other on tour, and Samsonova won. Despite these statistics, the bookmakers are on the side of the Czech player.

For Marketa, the upcoming meeting will be her fourth in 2022. Before Melbourne, the Czech played two matches in Adelaide. She turned out to be stronger than Golubic but weaker than Konjuh. In Melbourne, Vondrousova faced #221 Australian Hon in the first round and won 6-2, 6-3 in an hour and 11 minutes. The Czech got good practice, but it's hard to compare Hon and Samsonova in terms of level. We think that bookmakers slightly overestimate Marketa.

Before the Australian Open, Samsonova played four tournaments in Melbourne and Adelaide. In Melbourne, Ludmila lost in the first match to Petkovic, but the tournament in Adelaide can be considered a plus for the Russian. Ludmila lost to Keys in three sets in the quarterfinals, but the American has been a bright spot on the women's tour on a par with Badosa and Barty. Before losing to Madison, Samsonova knocked Sherif and Parrizas-Diaz out of the draw. In the first round of the Australian Open, Samsonova beat Melbourne-qualified American Bektas in an hour and a half.

Less than a year ago, on the grass courts of Berlin, Samsonova beat Vondrousova in two sets. Ludmila herself has a good playing practice and started confidently on the Majors, knocking out the promising American. There's no doubt that it won't be easy for the Russian on Thursday. Vondrousova will do her best to take revenge for the defeat in June. However, we consider that the line should be a little different, more equal. For this reason, we bet against the line on the Russian.