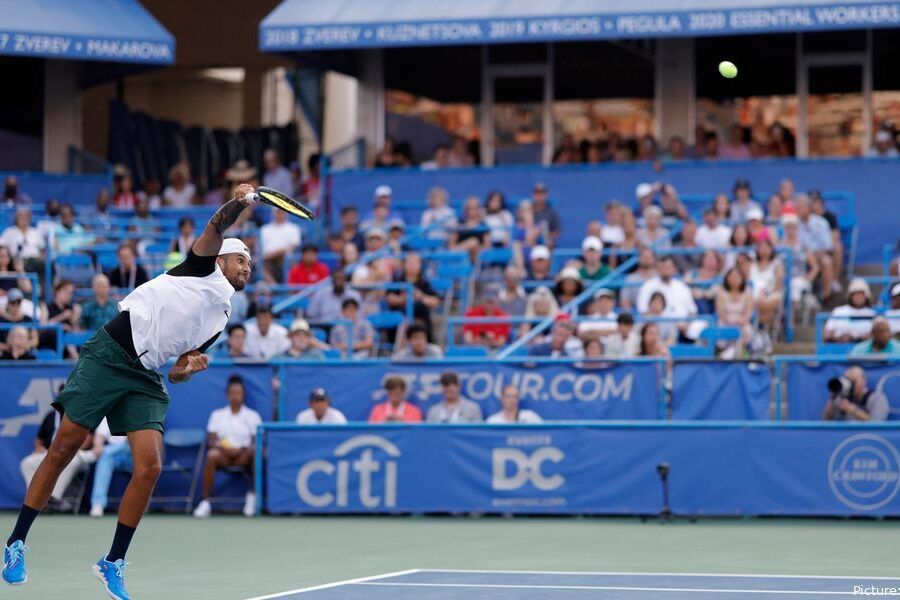 The North American continent is known to produce quality athletes that are able to entertain us with their thorough understanding of the game and also the sporting culture that marks the incredible athletic scene. This is on full display during the National Bank Open, which is being played in Canada, where we see the elite athletes competing at a spectacular level. In another chapter of the tournament, Nick Kyrgios will take on Alex de Minaur in an important match-up.

While it looked like Nick’s career may sink, he affected a major comeback in the second half of the year and looks in unparalleled form. Forget his ranking of 37, it doesn’t matter, he is playing like a top-ten player right now with even elite players having problems against him. He reached the Wimbledon Finals earlier, defeating Stefanos Tsitsipas on the way, while winning the Citi Open. But to top it off, he defeated the number-one seed in the tournament Daanil Medvedev as the Australian has learned to pull out wins in three/five set tussles.

The win against Daanil signifies the growth and maturity that flair of Nick has accompanied in recent days. The Australian stalwart is even dominating the Doubles tournament and that means that he is well on his way to conquering the stars. There is a reason why his unorthodox and chirpy style Nick has succeeded, the bark does come with the bite as he has worked on his game quite a bit.

Again, the rankings can be a tad deceptive in the case of Nick but not for Alex, who is ranked 21 and has continued to impress with his well-accomplished game. The Australian is speedy and agile, with a tremendous ability to chase tough balls and push the opponents to the edge. He has a strong first serve and is able to use his incredible forehand strength to overwhelm challengers. However, he tends to engage in rallies rather too much and needs to work on acquiring quick points.

He recently won the Atlanta Open while defeating Jenson Brooksby during Wimbledon, he had a superb campaign, ending in the Round of 16 but in a riveting fashion. He has made deep runs lately but his inability to win against top-ranked players can hold him back. However, he is just 23 years old and his compatriot Nick remains a prime example of someone reaching the peak in mid 20s.

This is the first time that Australian compatriots will play against each other.

Nick has been destroying his competition lately and he has not settled for anything less than a Finals run lately. Kyrgios’ style is the type that makes Alex go on the backfoot and he will need to find a way through the Aces and quick nature of Kyrgio’s returns. Nick is one of the best servers to ever play the game and Alex’s defensive game can be a bit suspect against that. So, can Alex figure a way out or will Nick continue to toy around? It is rather tough to bet against Kyrgios these days.