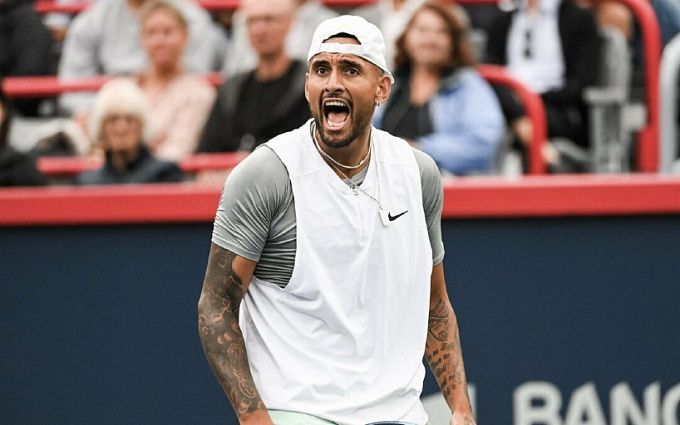 In the Montreal quarterfinals, Nick Kyrgios, the winner of the recent competition in Washington, will face Hubert Hurkacz of Poland, a representative of the top 10 ATP ranking. The bookies favor the Australian despite his ranking.

Nick Kyrgios is on a nine-match winning streak. In Washington, the Australian won six matches, defeating Nishioka in the final in two sets. In Montreal, Nick knocked out Baez, Medvedev, and De Minaur, losing only one set at the tournament to the world number one. His round of 16 match against compatriot De Minaur lasted one hour and 4 minutes and was won 6-2, 6-3, with eight serves, one double fault, 78% on the first serve, and 53% on the second serve. On the receiving end, Nick had a 550%-69% win percentage. Winners/unforced errors stats: 25/9. He's obviously in the best shape of his career right now.

As we thought, this matchup between Hurkacz and Ramos was slow. The first set was won by the Spaniard 8-6 in a tie-break, and the second set saw the Pole win 6-2. We can't say that the break came because in the third set, the guys had the tie-break again, which Hubert won 7-3. Overall, the match lasted two hours and 27 minutes; Hubert had 23 aces and five double faults. Hubert won 77% of his first serve and 45% of his second serve and was 27%/51% on the receiving end. Winners/unforced errors statistics: 57/39. Before beating Ramos, Hurkacz knocked Ruusuvuori out of the tournament, outplaying the Finn in three sets. Overall, after both the grass and the clay court part of the season for the Pole, the upcoming match on the hard court will be his fourth.

Hurkacz and Kyrgios have played each other only once, at Halle Open in 2022. Hurkacz won the semifinal match in three sets, with two tie-breaks won by him as well.

Two guys with solid serve are meeting. It is logical to assume that the upcoming game is unlikely to be a low-scoring one. Even if the match ends in two sets, we'll likely see at least one tie-break in one of them. As for the outcome, Kyrgios is in the best form of his career, while Hurkaczplayed two tough matches in Montreal against far from the top, which suggests that the Pole is not in perfect shape. Hence the conclusion is that the Aussie does have a better chance than the Pole. Here are the betting options for the game: