Novak Djokovic vs Marton Fucsovics: no chances for the Hungarian? 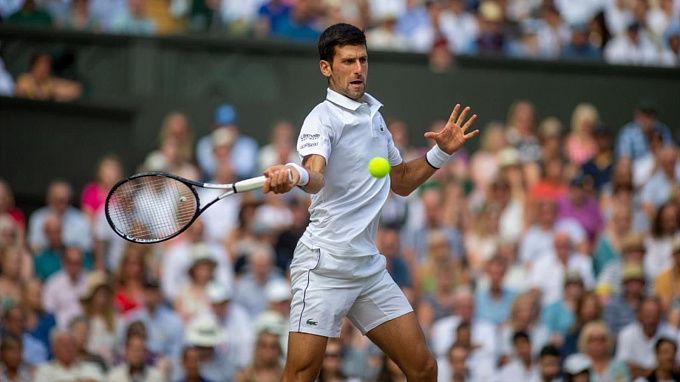 First-ranked Novak Djokovic will meet Hungary's Marton Fucsovics, world No. 48, in the quarterfinals of the Wimbledon tournament. For Fucsovics, this tournament is a real breakthrough. Not only is Fucsovics making it into the quarterfinals at Wimbledon, but the Grand Slam in general, for the first time in his career. On top of that, Marton knocked out Andrey Rublev, who had managed to beat Marton three times in 2021 alone.

Novak has an opportunity to win all the Grand Slam tournaments this season. Djokovic already won the Australian Open as a habit. A little less than a month ago the Serb was stronger at Roland Garros. And at Wimbledon, he reached the 1/4 finals and according to bookmakers has excellent chances to get to the semifinals. On his way to the quarterfinals, Djokovic lost only one set to Draper in the first round. The Balkan won the remaining three matches without a loss, eliminating Anderson, Kudla, and Garin. The match against Garin lasted less than two hours, with Christian winning only eight games in three sets. Djokovic did not force the issue, played well on his serve, and recovered on the forehand when needed.

Marton played twice against Djokovic and twice took a set against the Serb, including at the U.S. Open in 2018. Now, however, we very much doubt that the Hungarian will be able to take at least a game. It's all about the fact that the Hungarian had a prolonged, difficult match against Rublev in the 1/8 finals, both physically and emotionally. If you follow tennis you know that Fucsovics lost three times to Rublev at the beginning of the season and could have lost four times if the Hungarian had not dropped out of the Doha tournament. Before Rublev, Marton was stronger than Sinner and Schwartzman, and the match against Vesely was not finished because Jiri withdrew from the tournament.

Djokovic is on his way to another Grand Slam semifinal without a boost. The Serb is not going to lose any extra energy or time on the court, so we expect another dry victory for Novak. In turn, for Marton, his Wimbledon quarterfinals is a big success. We consider that the Hungarian is not physically capable to fight Djokovic after a very long match against Rublev. Here are the following bets: W1 for 1.015, Total Sets (3) for 1.364.