Philipp Kohlschreiber vs Andrey Rublev: Another 2-0 from the Russian? 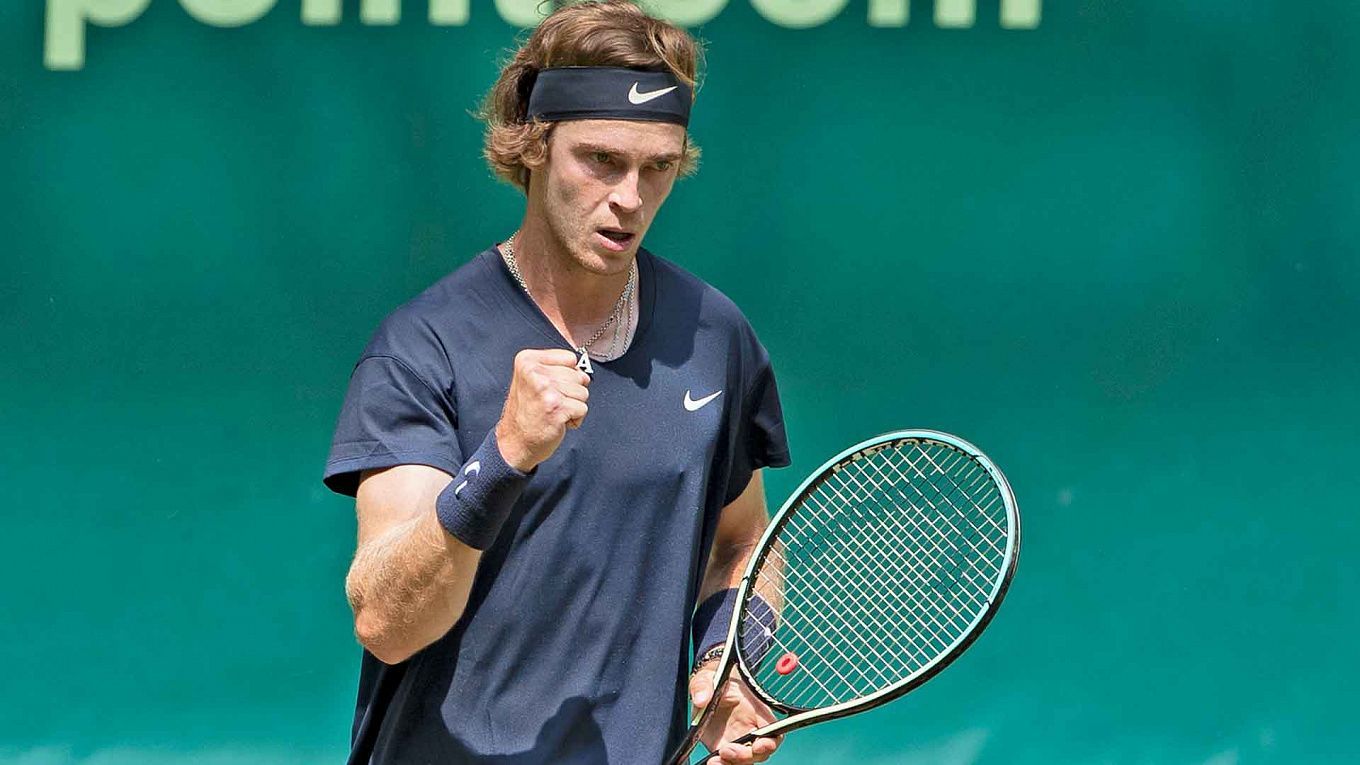 In the quarter-finals of the men’s tennis tournament in Halle, Germany, world No. 128 Philipp Kohlschreiber will face Andrey Rublev, world No. 7. The men have only met each other once on tour, in 2017 and also on German soil, in Hamburg, but on a clay surface. Then Philippe beat Andrey in two sets. Now, world No.7 has a good opportunity to take revenge for that setback.

Kohlschreiber played well at Roland Garros, advancing to the third round of the main event, knocking out Verdasco and Karatsev and losing to Schwarzman. The German had not played a single match on grass before in Halle, but that didn’t stop him from getting two more wins on the grass, first over Rodionov and then over Moutet. The match against Moutet lasted almost two hours and the German won the second set on a tiebreak 7-4. Philipp is obviously in good form, but will the German have enough tone to face the seventh-ranked player of the world?

Andrey Rublev: He does not have a single grass-court trophy

Andrey Rublev, despite being the seventh-ranked player in the world and having several ATP Tour trophies already, has not yet become a grass-court triumphant. It is worth noting, though, that the Russian had a very respectable performance on the grass in 2017, with six wins and two losses. Unlike Kohlschreiber, Andrey Rublev failed at Roland Garros 2021, although Rublev started the clay part of the season just fine, with the final in Monte Carlo. But it was not to be followed by a worthy continuation. For Rublev, like Kohlschreiber, it was his first grass tournament of the season. Like the German, he won his first two matches in Germany, both in two sets. Rublev defeated countryman Karen Khachanov in the first round. In the second round, he overcame Australia’s Jordan Thompson, the 81st-ranked player in the world. The match against Jordan lasted one hour and 28 minutes.

Rublev is currently a level above Kohlschreiber, and if Andrey is in good form, then no matter what surface the Russian is playing on, the German has very little chance of winning. It should be noted that almost all the seeded players are eliminated in Hull. Apart from Rublev, only Alexander Zverev is still in play, but his match against Umber is still being reviewed. In any case, Andrey will not face Alexander until the final. Rublev has a good chance to improve his ranking a bit. Here are some bets to bet on this match: W2 and Total Sets Under 2.5 in for 1.83, Total Under (23) for 1.81.