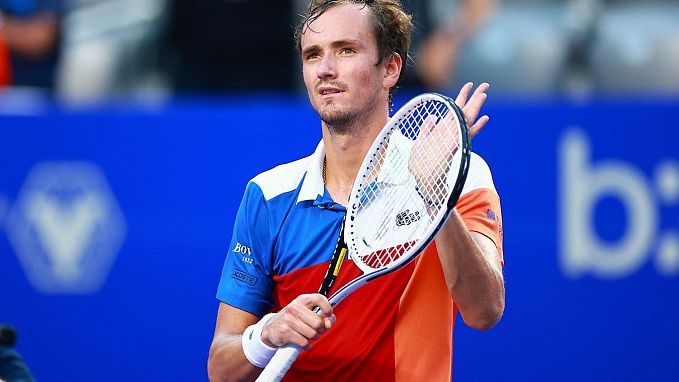 The next opponent for Daniil Medvedev at the tournament in Astana will be Spaniard Roberto Bautista Agut, World No. 21. Roberto is an uncomfortable opponent for Medvedev; out of five personal meetings, Daniil has won only one. Despite these statistics, bookmakers consider Medvedev to be the favorite.

After an extremely unsuccessful U.S. Open, Roberto played three matches for the national team in the Davis Cup, winning 100% of his duels, against Kecmanovic, Pospisil and Hong. In Astana, the Spaniard played two matches, winning over Auger-Aliassime and Kotov, both in two sets. The match against Kotov lasted just over an hour and a half, the Spaniard won the first set with a score of 6-1, in the second game the guys played a tie-break. Roberto made one ace and two double faults, winning 74% of points on first serve and 63% on second. On the receiving end the statistic was 40%/48%.

Medvedev's goal is not only to win the tournament in Astana, but also to keep the lead in the championship race for the four tickets to London for the final tournament. So far in Kazakhstan, Daniil has everything going according to plan, getting quite predictable wins over Ramos and Ruusuvuori in two games. The match against Ruusuvuori lasted one hour and 16 minutes, Daniil made six aces and one double fault. His hitting percentage on the first serve was 69, 81% on the first serve and 58% on the second. The numbers on receptions are awesome: 48%/59%.

The first serious test for Medvedev on his way to the title in Astana. Roberto is a very unpleasant opponent for Daniil, which we can see in the statistics. Besides, Roberto is in a great shape, the Spaniard has a 5-match winning streak in two tournaments, so we should expect a serious fight. But Medvedev has not only Astana title and prize money at stake, which is also very important, but also rating points for the final tournament. If not Medvedev wins, it will most likely be Djokovic, who is a rival for Daniil in the fight for a ticket to London. We expect a long match, in which Medvedev will achieve a second career victory over the Spaniard.