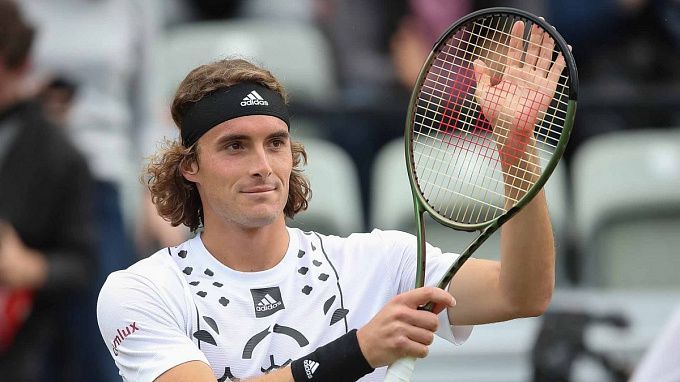 World No. 20 Roberto Bautista Agut will face six-ranked Greek Stefanos Tsitsipas in the Mallorca Open final. The men are familiar with each other, having played three times on tour and Stefanos has won all three head-to-head encounters. It's very likely that the Greek will be the winner of the current ATP.

We're surprised to see a Spaniard in the Mallorca final. Wouldn't have been surprised if Roberto had quit after the second game. However, he got lucky, with Nick Kyrgios withdrawing from the tournament though an injury. That's how Roberto got to the quarterfinals where his opponent was Daniil Medvedev, the reigning champion of the tournament. His opponent was far from his best, but he beat Medvedev in two sets, thanks primarily to the weak play of the world number one, to put it mildly. In the semi-finals the Spaniard's opponent was Switzerland's Bellier, the world No. 303. It is unlikely that you should look for something unexpected in this victory, the difference in class and experience is too great.

Stefanos had no top contenders on Mallorca, but Ivashka, Giron and Bonzi were tough and tenacious players who play well on grass. So the Greek had a tougher set than the Spaniard, taking into account the fact that Roberto passed Kyrgios unchallenged. Giron was the toughest opponent for Tsitsipas so far, the match against the American lasted more than two and a half hours. As for Bonzi, Tsitsipas defeated the Frenchman, as they say, in class, with no fuss, with a score of 6-4, 6-4 in an hour and a half. Tsitsipas served 7 times on the court with zero double faults and won 76% of his first serve points and 65% of his second serve points. On the receiving end the Greek was 31% on Bonzi's first serve and 37% on his second serve.

Bautista Agut and Tsitsipas have faced off three times and the Greek won all three, losing only one set. The men played once on grass, in June 2019 at the Boodles Challenge. That match ended 6-4, 6-4 in favor of Tsitsipas.

Note that if Stefanos Tsitsipas beats Bautista Agut, he will move up to fifth place in the rankings, surpassing Casper Ruud. Not a great accomplishment. However, obviously the Greek is thinking about that as well. It's also important to note that Tsitsipas hasn't won any grass tournaments yet, which is also a plus for Stefanos' motivation for Saturday's match. Again, we think that Bautista-Agut was somewhat lucky that Kyrgios wasn't able to play. Nick could have been a triumphant player at this tournament had he been doing well. Stefanos for his part, though he didn't have any top players in his group, it's hard to call the Greek's grid an easy one. We shouldn't forget Stefanos has beaten Roberto three times already on this tour including on grass. We think Stefanos is more worthy to win the Mallorca title, we bet on a sure win for him and offer the following betting options: