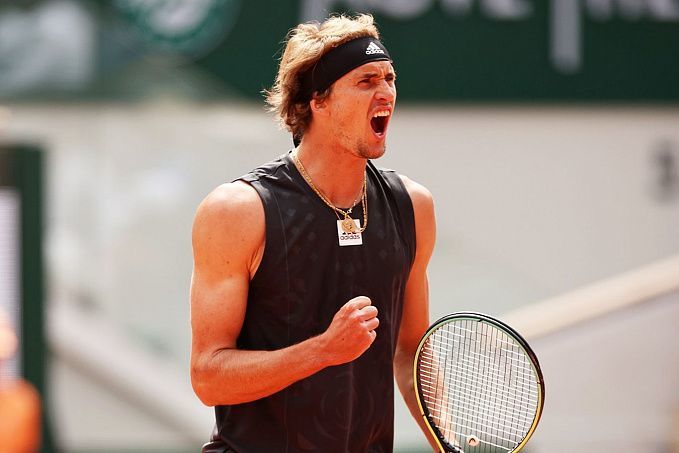 After the thriller in the last round of Roland Garros, Alexander will surely do his best to beat Brandon Nakashima without too much stress. We'll see if the German can do it or not. Bookmakers don't doubt that the third-ranked player will defeat the American in the upcoming game.

We expected that the clay player Baez would put up resistance to Alexander Zverev. To be honest, we did not think that it would be that hard. The match lasted three hours and 39 minutes, and in the fifth set Sebastian even had a match-ball. Such an outcome was caused by Alexander's careless play in the first two games. The first set was an utter failure for Zverev - no action, desire or spirit. Did the German think he could frighten the sturdy Argentine with his height or his ATP ranking?

Zverev played the third and fourth sets good enough, winning 6-1, 6-2. In the fifth game Baez made a break with a score of 3-2 in his favor, but after just a few minutes it converted into a reverse break. All the same, Baez lacked experience, it was felt even through miles. In the end Zverev made 12 aces with 4 double faults, won 68% of points on first serve and 47% on second, received 38/53, 42 winners and 46 unforced errors. The German's unforced/winners statistics in the last three sets were positive.

Roland Garros is the fifth clay tournament of the season for the American. Before Paris, Brandon played two matches in Barcelona, one in Munich and Madrid and three in Rome. Nakashima qualified for Rome and dropped out of the first match, losing hopelessly to Grigor Dimitrov. In Paris, Nakashima defeated Majchrzak 3-2 and Griekspoor 3-0. For the No. 75, his performance is already excellent, but he was lucky with the opponents. By and large, Nakashima is inferior to Baez on the clay. We doubt that he will fight the German as furiously as Argentine.

If Zverev wants to advance higher, and even more so if he wants to challenge Djokovic, Alcazar, or Nadal at Roland Garros, then a couple more 5-sets like those against Baez, and his game is over. Still, Zverev worked up an appetite for the game and practiced. We believe the German will be more confident and win in a short match. Especially against such an opponent as Nakashima. The American isn't clay player, and he only made it to the third round due to lucky seeding. So, again, we do not expect a long match from Zverev, Alexander, most likely, will fit into three sets.