Alexander Zverev vs Carlos Alcaraz Prediction: Carlos' Second Win Over Sasha in May 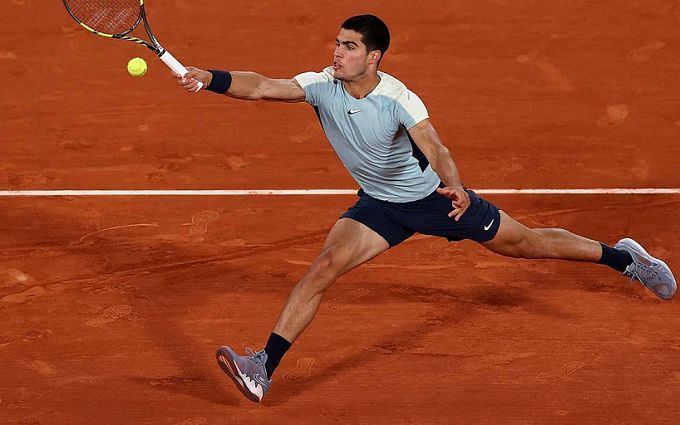 The next opponent for the prodigy Alcaraz will be Alexander Zverev, the world No. 3. It should be noted that the guys have already met each other in May this year on the court of Madrid. That match was confidently won by the Spanish tennis player in two sets. Given this result, it is not surprising that bookmakers consider Carlos a favorite of the upcoming game.

Before the confrontation with Alcaraz, one could say that Zverev was lucky with the draw. Ofner, Baez, Nakashima and Zapata Miralles are the list of the German's opponents at the current French Majors. Despite this, Zverev still managed to get on his fans' nerves when he almost lost in the second round to the Argentine, Baez. Baez even had a match point in the fifth set, such a mishap. However, after that match Alexander easily defeated Nakashima and Zapata Miralles both 3-0. He is in pretty good shape, but this season in matches against really strong clay courters Zverev has lost more often than vice versa. In Monte Carlo and Rome Alexander lost to Tsitsipas, in Munich to Rune, in Madrid to Alcaraz. So Zverev's chances for the semifinals are really not high.

I didn't know much, but he was very impressive. I think if he can play like this he's going to move up the rankings, as well. Yeah, I think obviously there were some holes in my game, not even my game, just concentration-wise, but I think in general it was a good match. Not holes in my game. I think holes in my concentration. I think 4-1 in the first set, I had a little bit of a downfall. Then kind of let him into the match a little bit. These things happen, and I'm happy that I'm through in three sets.

The winning streak of Alcaraz continues, he has not lost in 14 consecutive matches. Carlos withdrew from the Rome Masters, citing fatigue, but before that he won tournaments in Barcelona and Madrid. Alcaraz knocked Londero, Ramos, Korda and Khachanov out in Paris, losing only two sets to Ramos. The Spaniard crossed paths with Khachanov in the last round and the match lasted two hours and 16 minutes, 6-1, 6-4, 6-4. During the game, Alcaraz served three times on one double fault, won 78% of points on first serve and 60% on second serve. Winners/unforced errors statistic is 37/30. Also, Khachanov had almost twice as many unforced errors in the match.

Honestly, it wouldn’t seem fair to me. I’ve already played twice in the evening. I’m not saying that it bothers me to play in the evening, but obviously I have less recovery time, if I finish very late all the time. When we finish at midnight, with all that comes with it — dinner, physio, trying to come down in terms of adrenaline — it’s harder to recover. If I play a third time in the evening, honestly it seems unfair to me,

Alcaraz before the match with Zverev

In the match between Zverev and Alcaraz, we prefer the Spaniard. First of all, Alcaraz recently beat the German on the clay. Secondly, Zverev lacks stability, Alexander is prone to slumps during a match and a set, which hardly promises the German to win over a really top player. Third, we noted that Zverev regularly lost to strong performers on the clay in 2022. At the same time we doubt that it will be easy for Alcaraz, we think that Zverev can win at least one set.