Tennis. Roland Garros. Round of 32 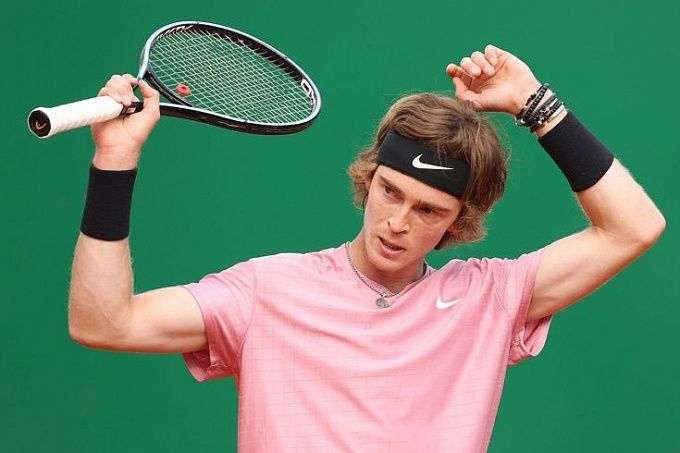 In the third round of the French Open Andrey Rublev will face Cristian Garin, whom he has already beaten twice in the tour. Andrey is the logical favorite to win, and we doubt the match will last more than four sets.

Rublev is noticeably lacking stability throughout the match so far, but it's worth noting that Andrey is gaining some momentum. After four sets against Kwon Soon-woo Andrey has played the same four sets against Delbonis. Andrey started that game very well and took the first set 6-3 but lost the second 3-6 and that helped him to turn up the heat even though Rublev seemed to have no problems at all. Rublev won the third and fourth sets very convincingly, 6-2, 6-3. Overall the match lasted two hours and 28 minutes, Rublev hit eight serves, one double fault, won 77% of his first serve points and 61% of his second serve points. At the same time, there were plenty of faults: 30/29 - that's the enforcers to wins ratio.

"Any player has to have a plan B. For example, I go out on the court and play my favorite tennis and if it doesn't bring success, I have to opt for something that will bring it. And often Andrey has no plan B. That's why it's hard to play the kind of tennis he plays from the first to the last point. You have to work on different variations, then there will be victories, at the Grand Slams too. In the match against Garin, the tennis will be the same. Garin is a tenacious and stable player. But he can overpower with tempo. The main thing is to make sure there are no sudden changes, which will certainly happen if you match at this tempo. The less you fluctuate, the better your chances of winning are.”

Shamil Tarpischev before the Rublev vs Garin match

The Chilean began his preparation for Roland Garros in early April, playing a primer in Houston. Then he moved to Europe, where he failed in Belgrade, Munich and Madrid. But the tournament in Rome can be considered a success for the Chilean. In the Italian capital, Cristian reached the quarter-finals, knocking out Passaro, Ruusuvuori and Cilic before losing to Alexander Zverev. In Paris, Garin has not yet had any serious opponents, the Chilean was stronger than Paul and Ivashka, both of whom he defeated in four sets.

Rublev and Garin played each other twice, both face-to-face meetings coming in July 2019. First, the guys met on the court at Wimbledon: Andrey won in four games. Then Andreu and Cristian fought in Hamburg on the clay court. The clay court match lasted an hour and 40 minutes, and the guys played a tie-break in the second set.

Andrey is still far from his best form, but the match against Delbonis showed that Rublev is gaining momentum and is unlikely to stop there. Rublev has beaten Garin twice in his career, which is also a big advantage for Andrey, especially now that he played on clay court once against his two opponents. We wouldn't be surprised if the Chilean man can beat Rublev in a game, but we doubt Cristian will be able to do more. Here are some betting options for the upcoming match: