Iga Swiatek vs Cori Gauff Prediction: Without a Powerful Serve, Cori Has No Chance 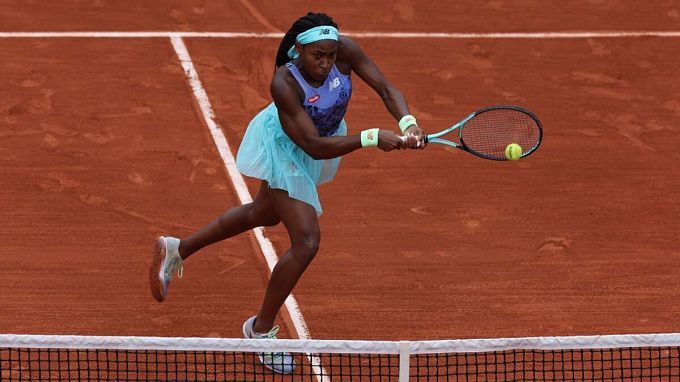 No. 1 in the world, Iga Swiatek, and No. 23, American Cori Gauff will meet in the Roland Garros final. The girls played twice on tour, and both times, the Polish player won without losing a single set. Not surprisingly, Iga is quoted as the favorite in the pair.

After losing a set against Zheng of China, Iga Swiatek played twice and won both without a fuss, 2:0. The match against Pegula lasted an hour and a half, 6:3, 6:2 - the Pole won. It took only an hour and six minutes for Schwiontek to win the semifinals against Kasatkina who won only three games. In that game Kasatkina had a terrible 10/24 winners/unforced, while Szwiontek had a perfect 22/13 and 79% of her first serve points. What's worth noting is Swiatek's statistics on Kasatkina's second serve: 79% of the points won on her opponent's!

I have a game to basically, you know, win tournaments, but it's not only about the game. Like everything has to click, and these tournaments are pretty tough and long. So you can see that Grand Slams have different atmosphere and sometimes the ones that are, you know, the favorites are losing early. So I try to really lower my expectations and just take it step by step. But, yeah, I feel like this season everything clicked, the work that I have been doing physically, tennis-wise, and mentally, you know. Last season for sure I was doing a lot, but I was still getting experience. Right now I'm using the experience to get everything to work properly.

Swiatek before the RG finals

The main thing for Cori is not to burn out. After all, this is the finals of the Majors, and the American is not even 19 years old. All the same, we had such thoughts before the semifinal against Trevisan, but it didn't bother Cori, who defeated the Italian in two sets for an hour and 26 minutes 6:3, 6:1. Gauff had plenty of faults, 14/20, while her opponent had 13/36. On the first serve Gauff won 74% of the points, but on the second serve she had only 47%. On the receiving end Cori's statistics are amazing: 54% on Trevisan's first serve, and 68% on her second.

It's important to set high expectations for yourself, but at the same time it's important to stay in the real world. I think I can do that. Right now I'm in reality and I'm enjoying the moment.

Schwiontek was initially quoted as the favorite of the tournament. The Pole is the strongest on the planet, which she will probably prove tomorrow. Gauff is a worthy opponent but let's not forget that she is only 18 years old, plus the American has lost twice to the Pole. Though Cori did fight Schwiontek on clay, so hopefully the final will be much longer than the semifinals. Also her first serve is just an introduction of the ball into the game, like Kasatkina's, we should expect from the American a pretty good percentage on the first serve, otherwise the American simply has no chance to win.