Rafael Nadal vs Alexander Zverev Prediction: Zverev to Take a Set and Nadal - the Match 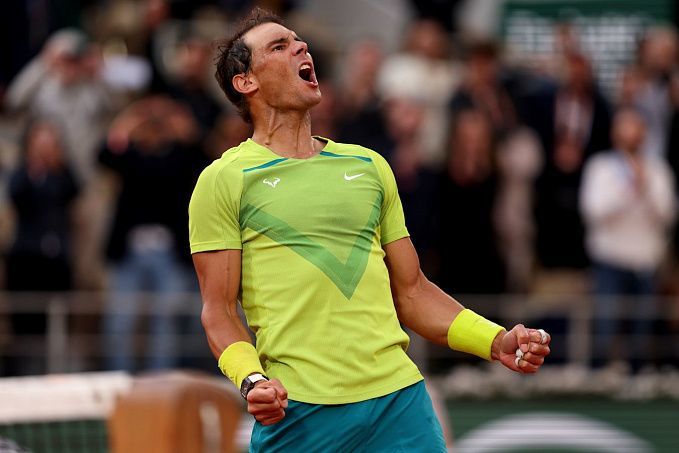 Many people, including us, were looking forward to a Djokovic-Alcaraz semifinal, but not to Nadal-Zverev. However, the impossible seemed to happen, and one step before the decisive bout, the Spaniard would face the German. It should be noted that the guys have met several times in the tour, Nadal has an advantage, but Zverev has wins over Nadal, including on clay ones. So it is not necessary to give up on Zverev in advance.

After a long 5 sets, Nadal recovered and confidently beat the world No. 1 in 4 sets. The match lasted four hours and 12 minutes, in the 4th game they got the tie-break, won by Nadal with a score of 7:4. Nadal made three aces and four double faults, won 65% of his points on first serve and 60% on second. Rafa was very good on the reception, while Djokovic was not able to serve. The winners/unforced errors statistic was 57/43, which allowed the Spaniard to celebrate the victory.

It was a very tough match.Novak is one of the best players in history without a doubt. Always to play against him is an amazing challenge. All the history that we have together, today was another one. To win against Novak, there is only one way: to play at your best from the first point to the last. Today it was one of those nights for me. An unexpected level but I am super happy. I am just enjoying every day that I have the chance to be here, and without thinking much about what can happen on the future.

Nadal's win over Djokovic was a slight sensation, but Zverev's win over Alcaraz was a huge sensation. Carlos and Alexander played each other not so long ago, in early May in Madrid. The German did not have even close chances to win a set, let alone a match. However, on May 31 we saw the most focused and confident German who was enough to defeat one of the main favorites of the French Majors in 4 sets, three hours and 20 minutes. Alexander made 7 aces with six double faults, won 73% of points on his first serve and 58% on his second, receiving stats are 27/51 and winners/unforced errors - 39/34.

The game plan was excellent – from the first point. He used his forehand cross-court well, the backhand longline down the line, played a lot into Alcaraz’s forehand and served well. But he was also very focused and calm and didn’t get distracted. He didn’t get irritated by Alcaraz’s good shots, nor by his own bad shots.That was really very strong. In the end, it was the backhand longline that drove home the win. He is also the tallest at two metres, so he has the widest reach – and his footwork is not the worst either. I think he is ready for Rafa.

Zverev had a solid match against Alcaraz. For sure, the German is now really ready to fight Nadal, but we doubt that Alexander will beat the Clay King tomorrow. Nadal defeated the strongest tennis player in the world, showed that he has no equal on the ground now.