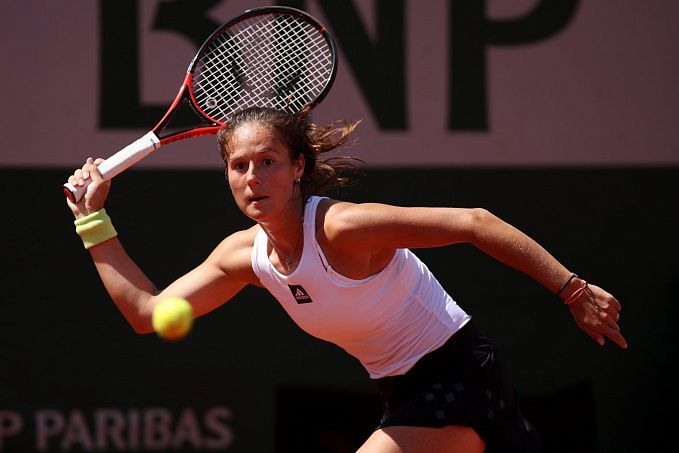 In the quarterfinals of the women's Roland Garros, the No. 29 in the world, Veronika Kudermetova, will meet with the No. 20 of the WTA ranking, Daria Kasatkina. They know each other very well, but they have only played each other once, in March 2021, on hard court. Daria won that match in three sets.

After losing the final of the Istanbul tournament to Potapova, Veronika failed games in Madrid and Rome, dropping out after the first matches against Badosa and Sasnovich. In Paris, Kudermetova met with the Spaniard again, but this time she made it to the next round. But it should be said that Badosa couldn't play till the end because of an injury, but everything was close to the victory of Kudermetova. Before the match against Badosa, Veronika knocked out Zhu Ling and Krunic and outplayed Keys in the last 16. Moreover, against Madison, Veronika was losing 1:6 but managed to regain control and won the next two games, 6:3 and 6:1.

As we expected, Kasatkina beat Giorgi, but honestly, we thought that the Italian will create more problems for Daria. As a result, another 2-0 for Kasatkina in one hour and 22 minutes. Also, Daria defeated Sramkova, Contreras Gomez and Rogers. It should be noted that Kasatkina made almost no mistakes again, as the statistics showed only 10 unforced mistakes against 16 winners.

Kasatkina is in great shape playing her best tennis in several years. Kudermetova is on the rise, and a strong-willed victory over Keys should raise her morale to a new level. Both players deserve to enter the semifinals. We think Kasatkina will make it to the top four. She is more stable and less prone to mood swings, which is very important, especially at such high stages of Grand Slam tournaments.