Stefanos Tsitsipas vs Alexander Zverev: Tsitsipas to Defeat Zverev for the Fourth Time on the Clay 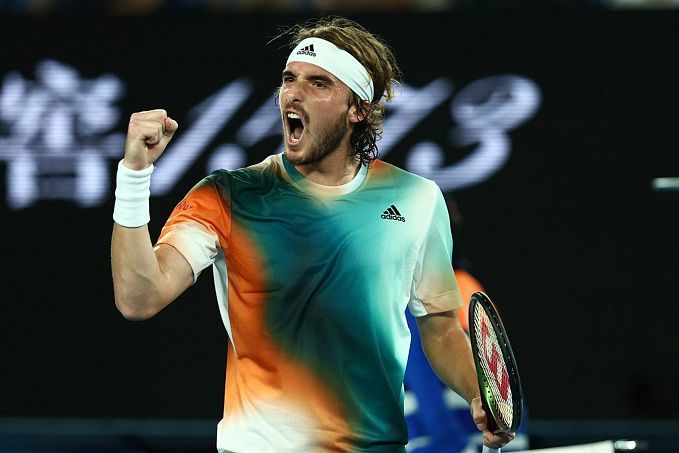 In the second semifinal of the Madrid Masters, Stefanos Tsitsipas and Alexander Zverev, No 5 and No 3 in the world, will meet. They know each other well. The bookmakers favor the Greek player, believing that Stefanos has the best chance to play in the final of the Masters on the clay.

Stefanos failed in Barcelona, dropping out already at the quarterfinals, losing in three sets to Alcaraz. The Greek took a week's break and appeared only in Madrid. Tsitsipas played three matches. The Greek skipped the first round as a seed and knocked out Pouille, Dimitrov, and Rublev. He had his longest game against Andrei that lasted just over two hours. They played three sets and Stefanos won it 2-1 (6-3, 3-6, 6-4). During the match, Tsitsipas served 10 times and made one double fault, winning 81% of points on first serve and 52% on second serve. He had a poor serve over Rublev, winning just 19% of his first serve and 56% of his second.

In Munich, Zverev lost already in the first match to Denmark's Rune. However, it was Rune who eventually won the tournament in Bavaria. In Madrid, the German is in a much better position. He played three matches and knocked out Cilic and Auger-Allassime. Musetti could not finish the game, but we doubt that anything would have changed even if the Italian could. The match against Auger-Allassime lasted almost two hours, and Alexander won 6-3, 7-5. Let us note the German's nine double faults and only one ace. With serving like this against the Greek, Zverev will have problems. Yet, when Zverev hit the court with his first serve, his winning percentage was at a reasonable level - 74%. On the second serve, Zverev won 56%. On the receiving end: 35% and 62%, respectively. Zverev compensated with quality serve, which helped him win.

Given the statistics of the confrontation between Tsitsipas and Zverev, we choose in favor of the Greek. Not only has Stefanos beaten the German in all three of his clay matches, but they played each other only three weeks ago in Monte Carlo and Zverev never had a chance to win. It is unlikely that anything has changed, Stefanos continues to win regularly on the clay, he is stable and cold-blooded.