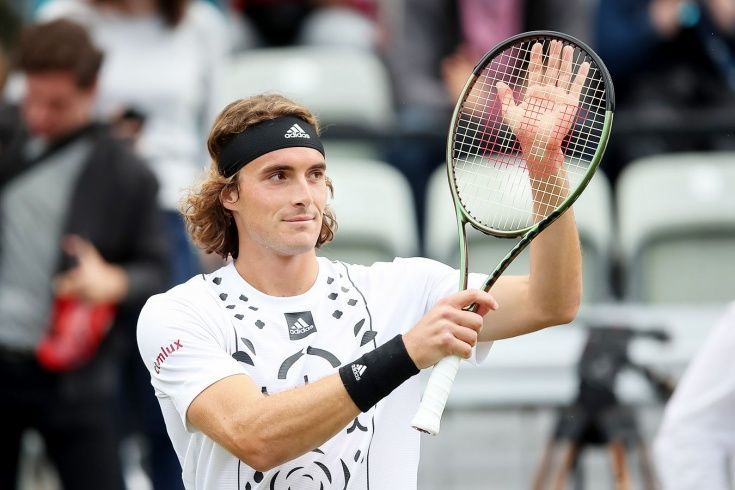 Tsitsipas and Krajinovic play some pretty long matches between them. We believe this trend will continue. As for the outcome, we're on the side of the more established Greek.

Stefanos's upcoming meeting will be his second hard court match after the grass part of the season. The Greek played a bout in Montreal before the Cincinnati tournament, losing to Draper in two games. The match lasted just over two hours, and the score was 5-7, 6-7. Tsitsipas had eight aces and four doubles but looked weak on his second serve, winning just 45% of his points on it. Let's see if the week went any better for the Greek.

In Montreal, Krajinovic lost in three games to Evans, but in Cincinnati, he took revenge on the British in two games. True, it is worth paying attention to the fact that Evans apparently did not have time to recover from the Canadian Masters, where he reached the semifinals. In any case, the Serb had a solid serve, going 6-3, 6-4, hitting five serves, four doubles faults, 86% for his first serve, and 56% for his second. On the receiving end, Krajinovic had 28%/68% and winners/unforced errors 10/34.

It is not appropriate for a representative of the ATP top-10 to fail two tournaments in a row. So we expect from the Greek to correct the mistakes of Montreal and the maximum activity in the upcoming game against Krajinovic and, respectively, to win. Note that all three head-to-head meetings between Stefanos and Filip have been long enough. We expect this trend to continue. We offer the following betting options for this meeting:

Ghazl El-Mahalla vs Al Ahly Prediction: The visitors won’t hold back at halftime