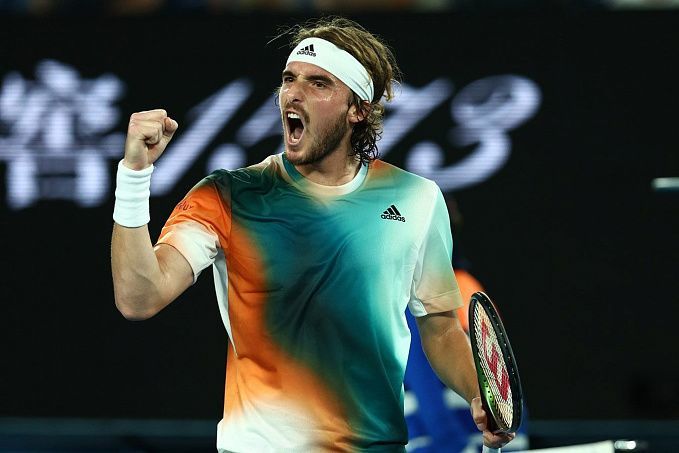 The second quarterfinal matchup of the Cincinnati Masters will be No.7 Stefanos Tsitsipas vs No. 50 John Isner. The Greek is the big favorite, but we doubt he will win at ease. John has a very strong serve, which is very difficult to handle, so we should expect a long fight.

The upcoming match will be the third for Tsitsipas in Cincinnati. Before that, the Greek knocked out Krajinovic and Schwartzman in two-set games. His battle against the latter was a short one- an hour, 36-minute affair that went 6-3, 6-3. Tsitsipas didn't force the game and didn't show super tennis, but even with such playing, the Greek secured his victory. Tsitsipas fired six times and made three doubles faults, winning 69% of his first serve points and 52% of his second. The Greek's stats were 42%/63% on serve, with 16/14 winners/unforced errors.

Before the Cincinnati Masters, Isner had two matches in Atlanta: a win over Shelton and a loss to Brooksby. In Cincinnati, John has already played three matches, and they have all been long, three-set ones. John knocked out Bonzi, Hurkacz, and Korda. The match against Sebastian lasted two hours and two minutes, both sets Isner won on a tiebreak, so to speak, in his usual manner. John made 20 aces on two doubles faults, won 85% of points on the first serve and 48% on the second. On serve the American had the following statistics: 24%/36%, 44/20 of winners/unforced errors.

Isner is in good shape,serving well now, so he isn't a whipping boy to crash right away. All three of his matches at the Masters have been three-sets, so it won't surprise if he has a protracted quarterfinals either. As for the outcome, we bet on the Greek, Stefanos has beaten the American four times already. We think he'll beat him this time too.