Caroline Garcia vs Ons Jabeur Prediction: Can Caroline get her fourteenth win in a row? 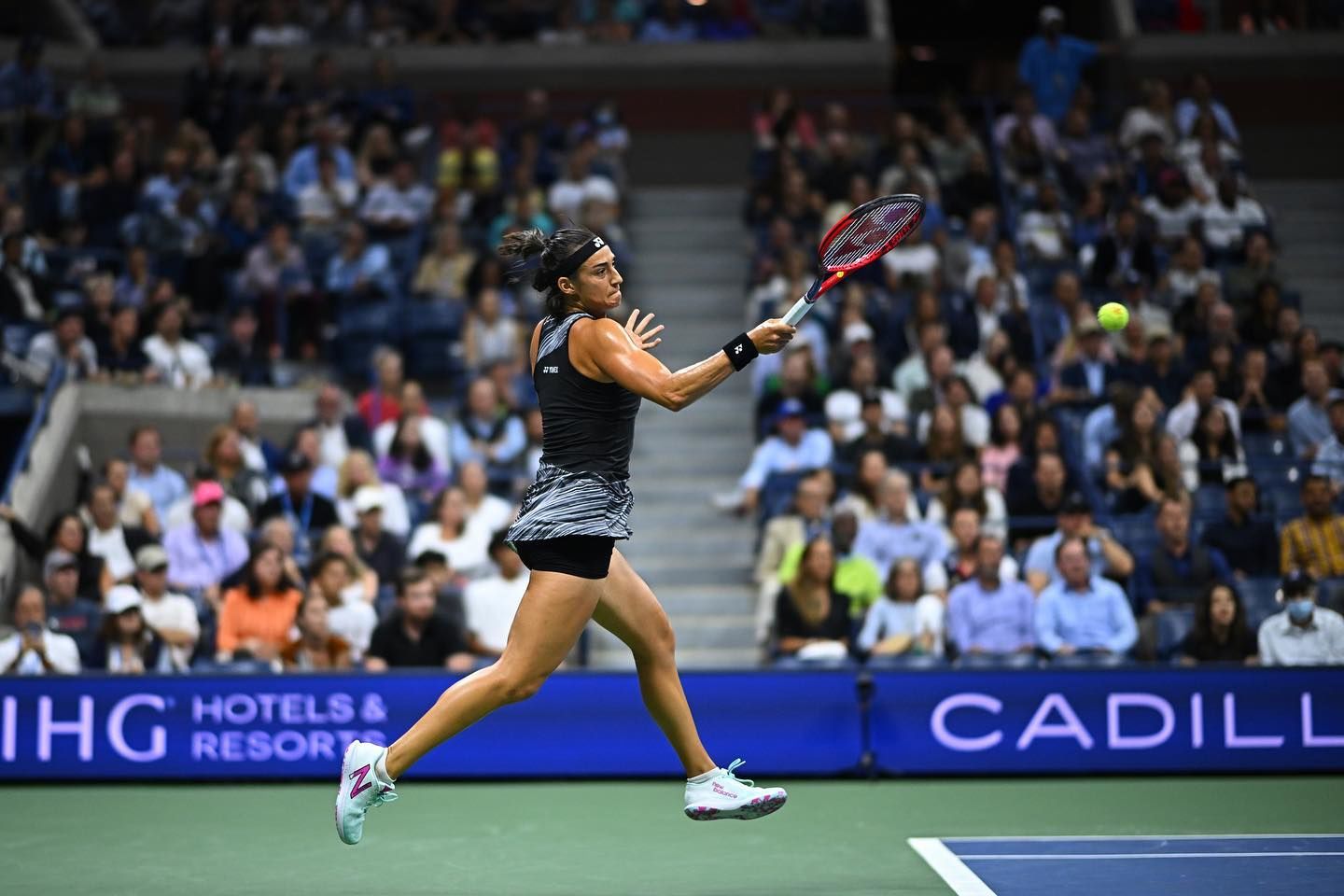 The WTA leg of the US Open like the ATP leg is in its concluding stages. While their have been the usual bag of upsets, expected players have made it to the Semis in what has been a rather unsurprising playing field, consisting of the regulars who have made it this far. This in itself is a surprise for sure. And what surprises will we witness when Caroline Garcia counters Ons Jabeur in the Semis?

Garcia is the winningest player in the WTA tour for the last couple of weeks. She has won 13 in a row, including a Cincinnati Masters title, and has beaten numerous heavyweights to make it this far. Garcia is a proven player and has been as high as number four in 2018 but it seems like she rediscovered her game recently. Using her ballad-like athleticism in a great way, showing tremendous balance and bringing in a top-notch aggressive game. She has benefitted greatly from her all-out approach and electric demeanor.

So much so that she is yet to drop a set this deep into the tournament! She last defeated the stellar talent Coco Gauff. In that game, she grabbed 44-38 service points but more than that, she was hitting winners at the right time and didn’t allow Gauff to gain any steam. Before that, she had beaten Alison Riske, Bianca Andreescu, Anna Kalinskaya, and Kamila Rakhimova, which means that the list of competition she has beaten is surely formidable. How far can she carry this form where she hasn’t even allowed a set to get to seven games in five matches?

Ons has carved out her name as one of the top-quality players in the world and her versatile game has only become more versatile with each day. Jabeur had made it to the Final of Wimbledon but has also adapted to Hard Surface, making it deep in the US Open, also showcasing how she has improved her play in the Grand Slams. One of the major reasons for her recent success is her more decisive, aggressive, and improved serve game, meaning that she hasn’t relied on versatility alone.

Ons comes into the game after defeating Ajla Tomljanovic in two sets, where the second set reached a tiebreaker, where she won 7-4. She didn’t have her serve game switched on, with a first serve percentage of 41 but she did well still earning a 44-34 service points advantage. Jabeur also beat Veronika Kudermetova earlier to make it this far. She has won two out of four tiebreakers thus far.

Garcia and Jabeur have met twice and Jabeur came on top both times. Jabeur last won during the Australian Open in three sets.

Although Jabeur has the head-to-head advantage, remember, Garcia has extinguished the head-to-head disadvantages against Coco Gauff and Alison Riske in the prior rounds. It will be interesting to see how Garcia responds to Jabeur’s drop shots and backhand slices, something she can employ to change the pace of the game. I believe Ons will break Garcia’s winning streak here but this can either go to a deep second set or the third set too.