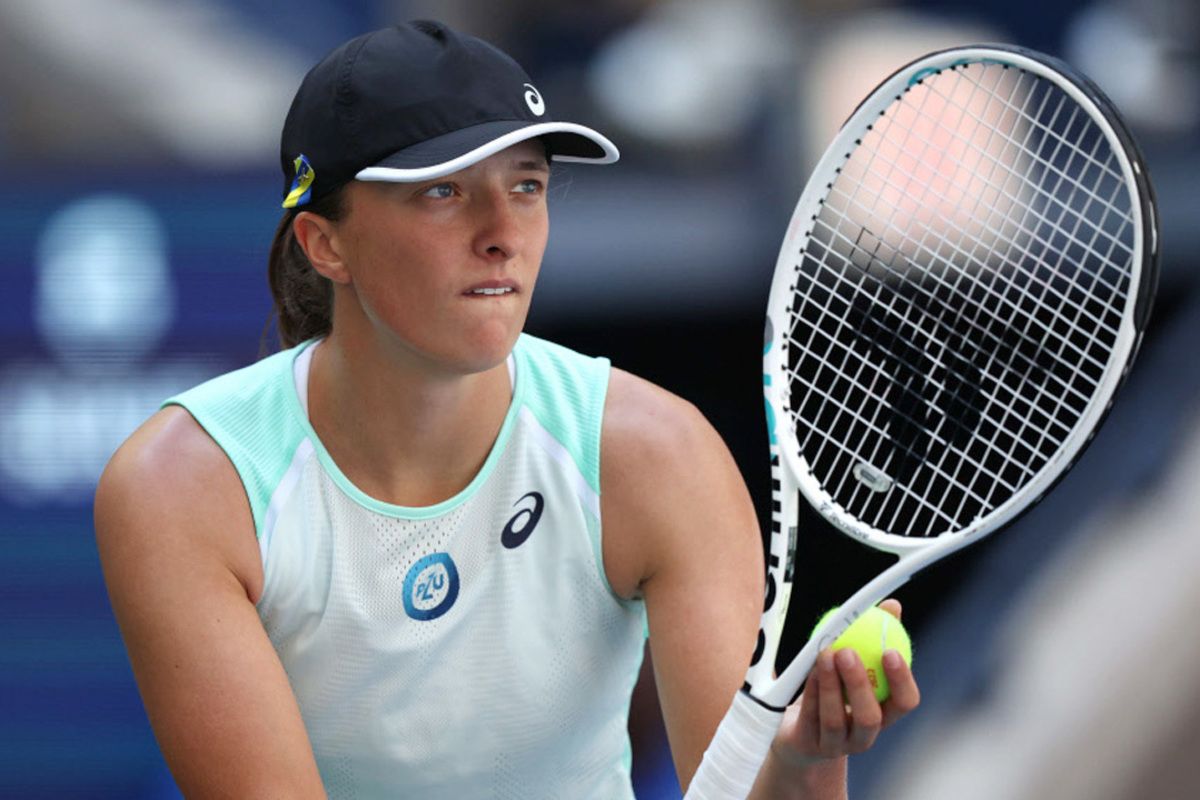 The Final of the US WTA leg is here and what a tournament we have had! Emma Raducanu, the defending champion was out in the first round itself but most of the results have rather been not that surprising considering the topsy-turvy nature of the WTA scene itself. In a much-anticipated scenario, Iga Swiatek will look to win her second Grand Slam title against Ons Jabeur who is yet to win a Grand Slam.

Iga comes in after a sensational 3-6, 6-1, 6-4 come-from-behind against Belarusian powerhouse Aryna Sabalenka during the Semis. She had an amazing 73% first serve, indicating that her serve game is now in great flow after she was off it for a couple of months. She registered a 65% win on first serve while also extracting a solid 47-35 receiving points advantage. This was the second come-from-behind win for Iga, who had done so against Julie Niemeir earlier.

Apart from that, Iga defeated red-hot Jessica Pegula, winning a tiebreaker in the second set. She had also beaten Sloane Stephens and Lauren Davis earlier, making it a terrific run this Grand Slam. That is nothing new from Iga, who clinched French Open title on clay and now on hard surface, she has showcased that both the slow and fast surfaces are her strengths. This versatile addition has really made Iga one of the modern greats and if she wins here, it will be her third Grand Slam at the age of just 21

Ons comes into this game after a stamping 6-1, 6-3 win against Caroline Garcia, breaking her 13-game winning streak. In that game, she had hit 8 Aces and although her first serve% of 45 isn’t anything flashy, she hit 83% win on the first serve while having a decent 59% win on the second serve. Jabeur didn’t let her serve to be broken even once and had a 23-17 receiving points advantage while having a strong 36-23 service points advantage, continuing to dominate Garcia.

Seems like every year, Ons comes in to improve her record. She is by far the best tennis player the Arab world has produced and has been doing a great job of improving her serve despite a low percentage, she has been able to hit early winners. She has now made her second straight Grand Slam, having lost to Elena Rybakina in three sets during Wimbledon. She was a bit lax in the last game and will need to step it up against the relentless serve game of Iga.

Swiatek and Ons have met four times, with each winning twice. The two are tied on the Hard surface and last met during Rome Masters, where Iga won easily in two sets.

Trust me, this is really difficult. I don’t know where to lean, even the head-to-head poses tricky questions. Swiatek has a more of a power game whereas Jabeur possess finesse, so as a viewer, this will bring a different set of tactics, which alone makes it a great watch. Will Swiatek’s superior first serve overwhelm Jabeur or will she continue to showcase her incredible return game. I believe Swiatek might win this with a slim margin, but Jabeur can take this to either a deep second set or a third set.