Victoria Azarenka vs Jil Teichmann: Waiting for Victoria in the Third Round 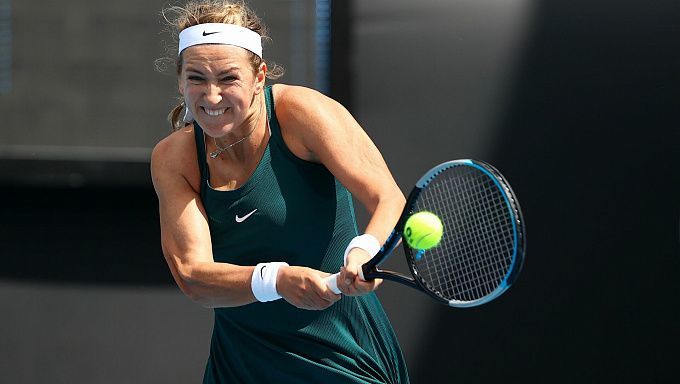 In the second round of the Australian Open, Victoria Azarenka will face the representative of Switzerland and #34 in the world, Jil Teichmann. The players have never met each other before. Several betting options are available!

Of all the majors, Victoria likes the Australian one the most, where she has won twice, in 2012 and 2013. Before AO-2022, Victoria played three matches in Adelaide, beating Badosa and Hon, but lost to Swiatek. Not a bad practice before majors, two games against top-10 WTA representatives. Not surprisingly, Azarenka started in Melbourne with a convincing 6:3, 6:1 victory over Hungary's Udvardy in an hour and six minutes. We expect the same confident win from Victoria.

In contrast, before the Australian Open, Teichmann played only one match in the same Adelaide, but at the second tournament and lost to Lauren Davis, #90 in the USA, in three games. Teichmann started very confidently, but gradually the American seized the initiative, won the second set on a tie-break and eventually defeated her more status opponent. Despite this defeat, the Swiss started by beating Martic of Croatia in two sets in Melbourne.

Victoria is doing well with playing practice, and the current form of Azarenka is not bad, as we saw in the first match of the Australian Open. The Belarusian suits the court of Melbourne; Azarenka is well prepared for the tournament and motivated. There is a lot of evidence that Victoria should have no problems getting through the second round.