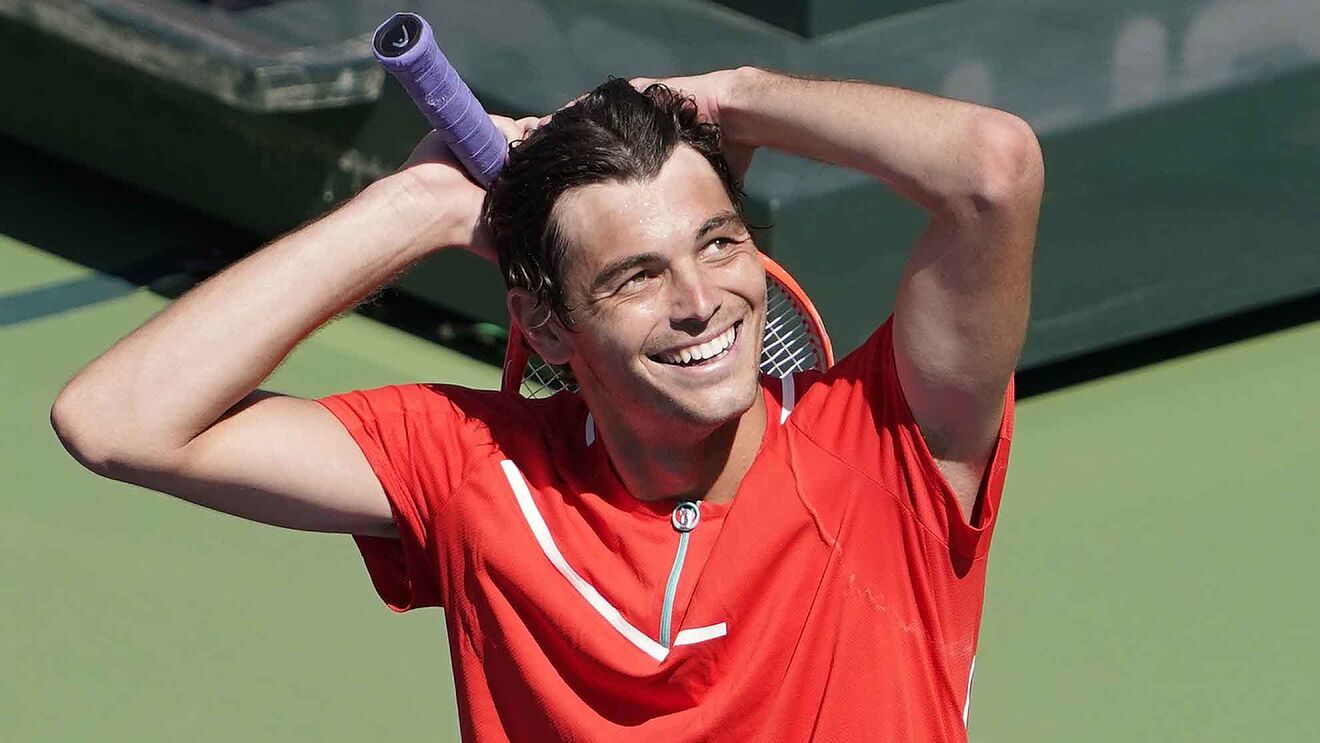 Taylor Fritz and Alastair Gray will be feeling a little nervous about the upcoming fixture. Going in the game, Fritz will be backing himself for winning and extending his consecutive winning streak. If he manages to win the upcoming outing against Alastair Gray, it will be his 7th win on the trot. Not taking any due credit away from Alastair Gray, who crushed Chun-Hsin Tseng in the previous game. The upcoming game will be interesting and can become tense if Gray manages to surprise Fritz.

In the opening round, Alastair Gray shocked Chun-Hsin Tseng, the previous Wimbledon boys' singles winner, by defeating him 6-3, 6-3, and 7-6(3). The challenger played aggressively in his first main draw match at the Championships, registering an astonishing 54 wins to seal his fairytale start. The at-home favorite will try to continue its winning streak into Thursday's matchup with Fritz. Going in the game, Alastair Gray will be looking to play with an aggressive mindset.

In the run-up to the Wimbledon Championships, Fritz won the championship in Eastbourne. The American defeated the gifted Italian Lorenzo Musetti in straight sets in his opening round match at SW19. Fritz has had success in his most recent matches thanks to his strong serve and groundstrokes. The American has consistently produced strong statistics after his first delivery in every game dating back to Eastbourne, so doing the same against Gray will be crucial.

Taylor Fritz is an ideal player to win and continue his winning streak. If Fritz continues playing the same way, we might see him till the last week of the Wimbledon Championships. Taylor might win two sets initially, and then there will be a chance for Gray to make a comeback.