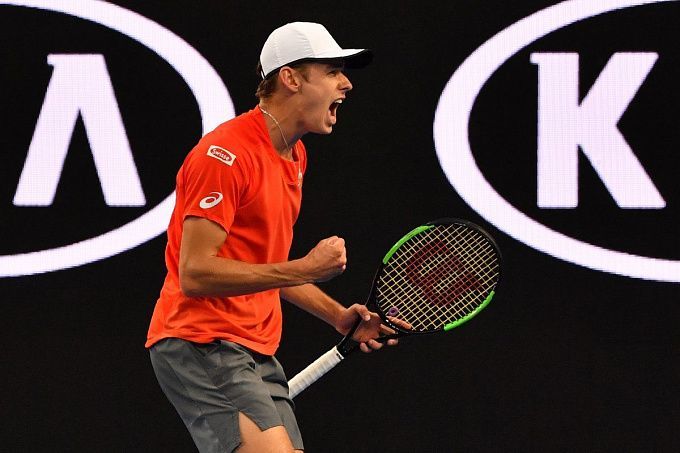 Garin and De Minaur know each other well, having met three times. The Aussie won all three head-to-head encounters. Moreover, Alex has not lost a single set to Garin; logically, he is quoted as the big favorite for the upcoming game.

Frankly, it's a miracle to see Garin in the fourth round of Wimbledon. Especially after he lost both grass matches before Majors - to Korda in Halle and De Minaur in Eastbourne. But at Wimbledon, the Chilean had already knocked out Ymer, Grenier, and Brooksby. Cristian beat the first two, and the victory over the American was somewhat of a sensation. For instance, bookmakers gave Brooksby odds of 1.40, but that didn't stop Cristian from advancing to the next round. However, we have to note that Brooksby had a poor match. He was inexplicably passive, unlike Garin. Still, we doubt Cristian will be as lucky as he was in the third round.

Alex is a renowned grass player. Last season he won the Eastbourne tournament, but this season he fell to Fritz, another last-16 competitor. At Wimbledon, De Minaur has failed only one set so far, knocking Dellien, Draper, and Broady out of the draw. Draper won the only set. That third-round match against Liam lasted two hours and 27 minutes, 6-3, 6-4, 7-5, a confident win for the Australian. The statistics counted 13 aces with two double faults, 78% of points won on the first serve, and 60% on the second. On the receiving end, stats were 37%/48%, 43/31 of winners/unforced errors.

Garin is an occasional guest at the feast of life called Wimbledon's 4th Rounds. But De Minaur's presence in the last 16 was evident. The Australian has beaten Cristian three times at various tournaments without giving up a single set. So we expect another confident victory for Alex, who performs well on the grass courts.