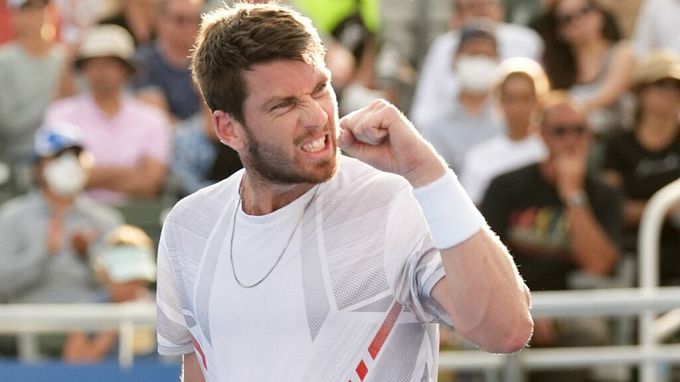 One of the quarterfinals of the men's Wimbledon will be a match between David Goffin, No. 58 and No. 12 Cameron Norrie. The Briton is quoted as the favorite as the host of the courts. Besides, the Belgian played a long match against Tiafoe in the last round. We're not sure he will have time to recover for the upcoming game.

Before Wimbledon David played a match on grass in Halle, losing to Medvedev in two games. His Wimbledon triumph was a real revelation, although he was indeed lucky with the draw. Albot, Baez, Humbert and Tiafoe aren't world tops, and neither is Norrie. But, Norrie is a really serious opponent on grass whom the Belgian might not handle. The match against Tiafoe was a long, five-set, four hours and 37 minutes. Again, it's not sure that David will recover after such a marathon. He made 18 aces and nine doubles, won 73% of his first serve points and only 46% of his second. Tiafoe, by the way, also played poorly on his second serve, which was the key in the Belgian's success. Winners/unforced errors stats were 59/44.

Norrie also had a pretty easy list: Andújar, Munar, Johnson, and Paul - none of them threatening opponents, except for Paul, who looked good on grass. Yet, Norrie managed to give two sets to Munar, but that was in the second round. Since then, Cameron claimed two 3:0 victories, so he is in good form and goes to the quarterfinals fresh enough, more fresh than Goffin. Stats against Paul were 3/0 aces/doubles, 26/36 winners/unforced, 70% win on first serve and 53% on second, 36%/44% win on receives.

On grass Norrie looks stronger than Goffin. Cameron is older, he had more time to rest and the fans are on his side. Fatigue is an important factor, David played a long and mentally tough match against Tiafoe. While Norrie handled the American Paul in the last round without problems, beating him in three sets. We believe Norrie will get a solid win over David Goffin on Tuesday.