Jason Kubler vs Taylor Fritz Prediction: Another 3:0 by Fritz? 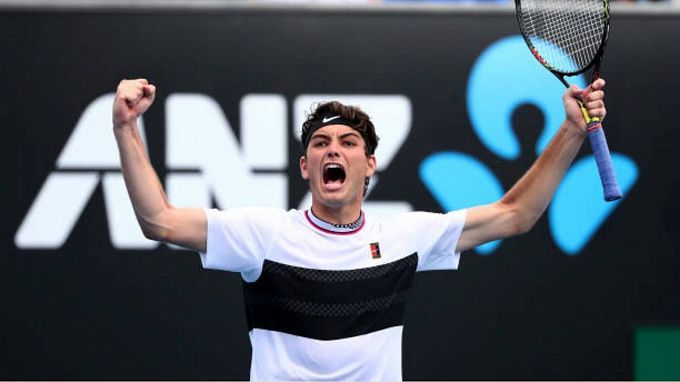 Taylor Fritz quite predictably reached the fourth round of Wimbledon, where his opponent will be Jason Kubler, who became a real revelation of the current Majors. We should note that Kubler is a tournament qualifier, and before the Majors the Australian had not played on grass this season.

Ilkel, Tirante, Ymer are the list of Kubler's opponents in qualifying. In the main draw, he beat Evans, Novak and Sock. Kubler's opponents were no top-notch players - Evans looks weak this season and Kubler fought hard with Sock. Their match lasted more than four hours. Sock was leading 2:1. Perhaps, the Aussie can recover from the long match. Kubler's winners/unforced errors stats are 57/34. The Aussie made 14 aces and three double faults.

Fritz came to Wimbledon as the winner of Eastbourne, defeating Cressy in three sets. At Wimbledon Taylor did not lose a single set, knocking out Musetti, Gray and Molchan. Fritz, like Kubler, did not have strong opponents, but all of his victories are confident ones. For example, the match against Molchan lasted one hour and 43 minutes. Fritz made 20 aces and one double fault. In that game Taylor didn't have a very high win percentage on his second serve, just 59%. However, the American won 86% on his first serve, hitting 77%. Overall, Fritz's winners/unforced errors stats were 41/18.

In the four years since Fritz and Kubler last met, the guys have developed differently. Kubler barely made it into the top 100, while Fritz has been in the top 20 for a long time and came to Wimbledon with the Eastbourne title. By the way, Taylor already has a seven-match unbeaten streak, winning all his matches at the Majors by 3:0. Kubler only had a prolonged match against Sock in the last round. The Aussie won't make a full recovery in 48 hours, which is also a plus for betting on Fritz.