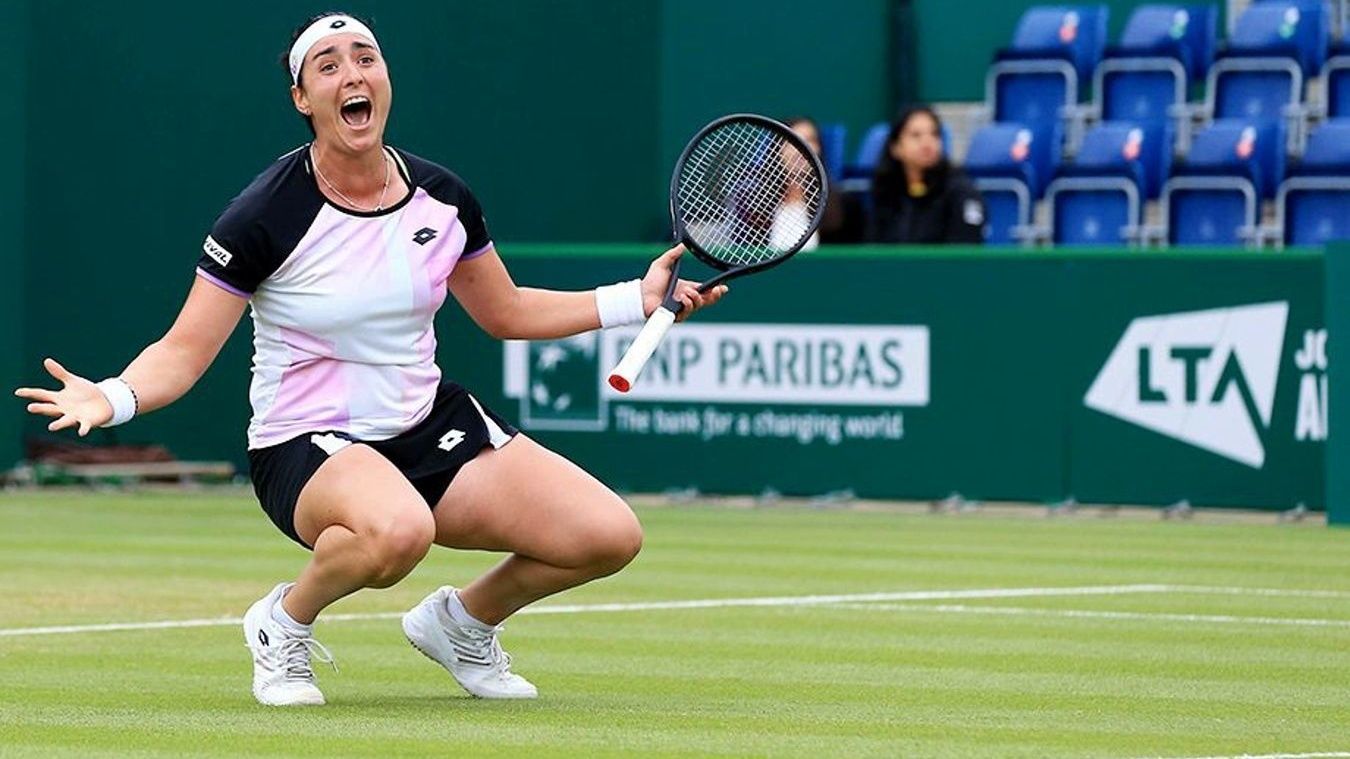 One of the women's Wimbledon quarterfinals will be a duel between the Czech Marie Bouzkova and the representative of Tunisia, Ons Jabeur. The girls have never met before, and the bookmakers are siding with Jabeur, the leading contender for the English Majors title.

Before Wimbledon started, Bouzkova played just one match on the grass at the Eastbourne tournament, losing to American Rogers in three games. All the more surprising was the Czech player's performance in England. Bouzkova has lost only one game in the first round to Collins. Aside from that American, Bouzkova knocked out Li and Riske, and Garcia. The match against Garcia lasted one hour and 25 minutes; Bouzkova won 7:5, 6:2. Special mention should be given to Maria's number of unforced errors, which statistically registered only 4. If Bouzkova plays this well against Jabeur, Ons will have problems.

Unlike Bouzkova, Ons Jabeur had a full tournament in Berlin before Wimbledon, where she triumphed, defeating Bencic in the final. At Wimbledon, the Tunisian beat Björklund, Kawa, Parry, and Mertens in two sets. The match against the Belgian lasted almost two hours, and despite the two sets, it was a long match. Jabeur won the first game only on the tie-break at 11:9. The second set was over 6:4. For the game, Ons served five times on the court, winning 67% of points on the first serve and 52% on the second serve, a winners/unforced errors statistics of 33/34. Note that Ons had more unforced errors than actively won balls. However, Mertens had the worst ratio in that game, i.e., she made more mistakes than actively won balls.

Jabeur is the obvious favorite of the pair. However, Bouzkova definitely should not be underestimated. The Czech lost only one set in four matches at Wimbledon, back in the first round. We think this match will be a close one, Bouzkova has a low percentage of faults, making things much harder for Jabeur, who likes to take chances. We'll give the option Total Over as the first bet, and on the whole, we consider that Jabeur will win in the 3-set match and make it to the semifinals.