Tennis. Wimbledon. Round of 32 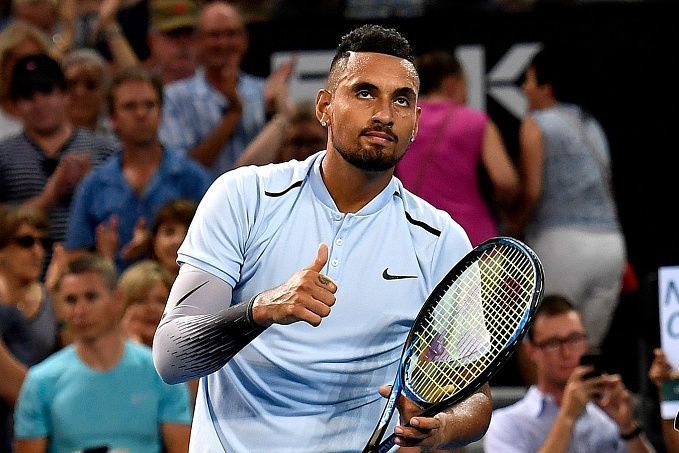 The centerpiece of the second matchday in the Wimbledon round of 16 will undoubtedly be the encounter between Nick Kyrgios and Stefanos Tsitsipas. The men played each other two weeks ago at a tournament in Halle, and the Australian won that match in three sets. It makes sense that Nick will be the odds-on favorite in the upcoming game.

Nick started off Wimbledon with a five-set match against Jubb. It lasted over three hours, the British player was even ahead after the first set but couldn't handle Kyrgios' pressure. In the second round, Kyrgios had no trouble passing Krajinovic, the world No. 31. The Serb won only a game and the match lasted less than an hour and a half, which is extremely quick for a five-set match. We have to talk about Kyrgious winners to unforced errors stats, which are 50 to 10. To be honest, you don't see that very often in a match against a top-40 player. Kyrgios had a perfect game against the Serb, and if the Australian can do the same against the Greek, Stefanos will surely find himself in a trouble.

Tsitsipas arrived at Wimbledon with the Mallorca title, so the Greek has a six-match winning streak so far. However, as we've said, Tsitsipas is an outsider in his upcoming game against Kyrgios as we wrote above. At Wimbledon, Tsitsipas knocked out Richard and Thompson. The Greek lost one set to the Swiss, but Stefanos beat the Australian in two hours and six minutes, 6-2, 6-3, 7-5, without a fuss. Stephanos' winners to unforced errors stats aren't as impressive as Thompson's, just 29 to 25, but it's worth noting that the Greek has been gaining form all tournament long and is surely going to put up a fight against Kyrgios.

Kyrgios is unlikely to beat Tsitsipas as easily as he did against Krajinovic in the last round. However, we believe the Australian will be able to make it to the 4th round of Wimbledon. There are several prerequisites for that. First of all, Kyrgios defeated Tsitsipas on the grass not that long ago. Secondly, the Aussie has a historical advantage over the Greek. And thirdly, if Kyrgios can serve as he did against Krajinovic, the Aussie can take on anybody at the tournament. We're expecting a rather long match, in which Nick Kyrgios will celebrate the victory, and we offer the following betting options: