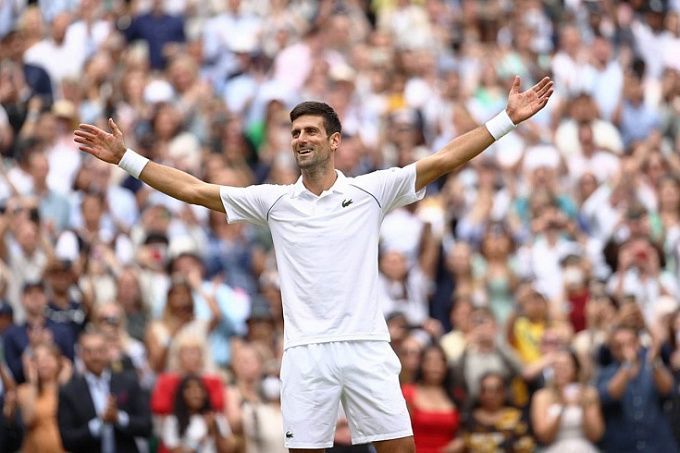 Novak Djokovic's next opponent at Wimbledon 2022 will be his compatriot, Miomir Kecmanovic. The guys know each other very well. They play for the same national team and have met twice on tour. Both times happened on the clay courts of Belgrade.

After losing a set to Korea's Kwon Soon-woo, Novak confidently defeated Australia's Thanasi Kokkinakis. The match lasted two hours, 6:1, 6:4, 6:2. As we see, Thanasi didn't claim any set. Novak made one ace and three doubles faults, winning 82% of his first-serve points and 62% of his second. His receiving stats were 33% on the first serve of Thanasi and 67% on the second. Winners/unforced errors stats were 29/14. It is obvious that Novak is gaining form.

Kecmanovic played only two matches on grass before Wimbledon and lost both - in Halle to Otte and Mallorca to Molchan. At Wimbledon, the Serb knocked out Millman and Tabilo. The match against the latter was a long one, almost three hours. The guys played two tie-breaks. In the first and second sets, the Serb won both. Miomir had ten aces and one double fault and won 70% of points on the first serve and 63% on the second serve. He was so good on reception, taking 58% of points of the second Tabilo serve. Winners/unforced errors stats were 41:24.

Djokovic is getting in shape through matches. He played his second game against Kokkinakis more confidently than the first against Kwon Soon-woo. So we should expect progress from No. 3. Djokovic knows Kecmanovic like the back of his hand, which is a disadvantage for world No. 30. We believe Novak will achieve another very confident victory on the Wimbledon courts.