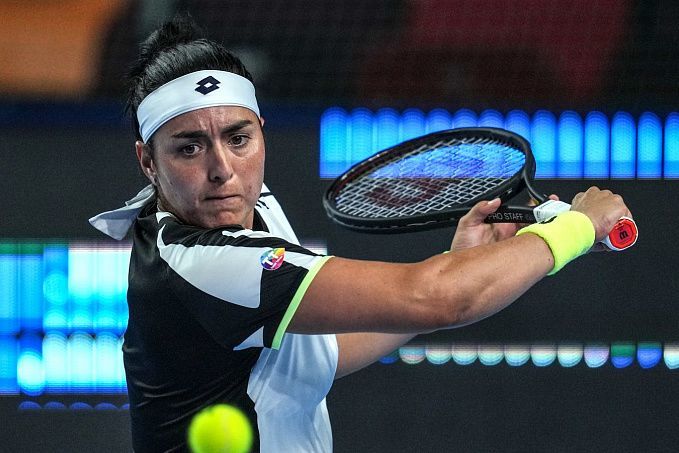 The first Wimbledon women's semifinal is scheduled for Thursday, July 7. World No. 2 Ons Jabeur will face No. 103 of the WTA rankings, Germany's Tatjana Maria. They have met three times on tour, and the score is 2:1 on Jabeur's side. However, that last face-to-face meeting was in September 2018. Then the Tunisian player was not so high in the WTA ranking.

The quarterfinal against Bouzkova did not turn out well for Jabeur. She lost the first set 3-6 but won the rest two games 6-1. Overall, the match lasted one hour and 49 minutes. Ons made two double faults and no aces and won 67% of her points on first serve and 55% on second. She had 55%/47% on the receiving end, with 30/27 winners/unforced stats. She had a lot of errors, but half of them were in the first set, which she gave up a bit. But her second and the third sets were fantastic as the Czech took only two games. Before Wimbledon, Ons won the tournament in Berlin. She knocked out Björklund, Kawa, Parry, and Mertens at the Majors.

It's so nice to see her with her babies on tour. The fact that she really came back and did everything and, really, she deserves to be here. She had a really tough draw, winning against Ostapenko, winning against Sakkari. Really, she played really good. I know she could play really good on grass. I'm really happy for her that she's getting what she deserves. I know she struggled a lot. It's not easy coming back after having two babies. It's going to be a great match between us, a lot of respect, for sure.

Jabeur before the match with Maria

Before Wimbledon, Maria played several small tournaments on grass and got great practice, which partly helped her reach the semifinals. The German knocked out Sharma, Cirstea, Sakkari, Ostapenko and Niemeier. The quarterfinal against her compatriot was quite a long, three-set one. The match lasted two hours and 20 minutes. Maria dropped the first set 4-6 but won the next two 6-2, 7-5. Her stats were a 4/7 ratio of eights/doubles, 67%/56% points won on the first and second, 33%/60% on the receptions, and 26/37 of winners/unforced errors.

Maria has played four 3-set matches at Wimbledon, while Ons has lost just one game in five meetings. Jaber is the favorite, but we doubt she will have an easy walk. Let's not forget that the German knocked Ostapenko, one of the top contenders, and Sakkari out of the draw. Jabeur is at the peak of her form now. In her turn, Maria plays impressively on grass. We expect a long match and a win for the Tunisian player.