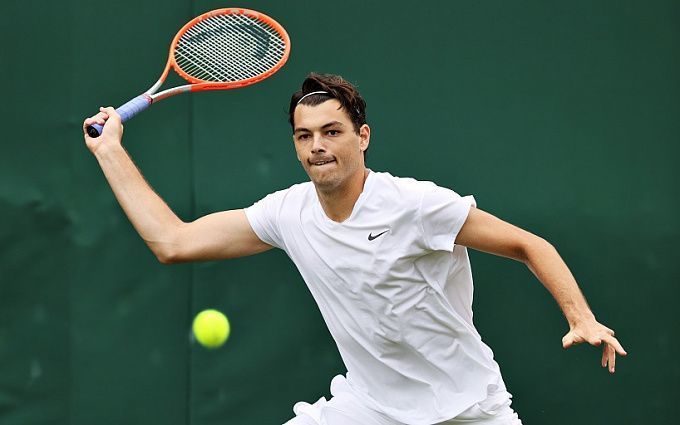 The match between Fritz and Nadal is the centerpiece of this stage. Even though Fritz is not a top tennis player yet, he is indeed good on grass. What's more, Taylor has an eight-match winning streak dating back to Eastbourne where he got the title. So we should expect a long match, not easy for one of the main favorites of the tournament.

Taylor has an eight-match winning streak, and at Wimbledon, he has not lost a single set! Fritz's opponents were far from the top ones: Musetti, Gray, Molchan, and Kubler. For example, Kubler was the 99th-ranked player in the world. The Australian only won eight games in the last 16 match that lasted precisely two hours. Fritz made 16 aces and three double faults, winning 85% of first-serve points and 50% of the second. The winners/unforced errors statistic was 40/22. All tell us that Taylor is in great shape, and the American will do everything possible to make it to the semifinals.

As we expected, Rafa Nadal confidently dealt with Botic van de Zandschulp, outplaying him in three sets. Only in the third game, the Dutchman did fight back. The guys played a tie-break, which Nadal won 8-6. The Spaniard took the first two games, 6-4, 6-2. Nadal made nine aces and two doubles, 73%/66% won points on the first and second serves, and 29/17 of winners/unforced errors. Overall, we saw a very high-quality match by the fourth player in the world. Before defeating van de Zandschulp, Nadal knocked Cerundolo, Berankis, and Sonego out of the draw.

I think I continued in a positive way until the end, where I played a bad game. I played a good match against a difficult opponent and I wish him all the best. In a personal way, for me to be able to be in quarterfinals after three years it's amazing for me so very, very happy.

We have no doubt that Nadal will have trouble on Wednesday. Fritz is performing great on grass, winning twice at Eastbourne. Now he is at his peak form. Plus, the American has experience beating Nadal at the finals of a major tournament. That means Taylor has no fear of the Spanish champion. We believe that the upcoming match will be tough and we doubt that either of our opponents can win by 3-0. Moreover, we won't be surprised to see not Nadal, but Fritz in the semifinals.