Japan vs Italy Prediction: the Japanese Can Put a Strong Resistance 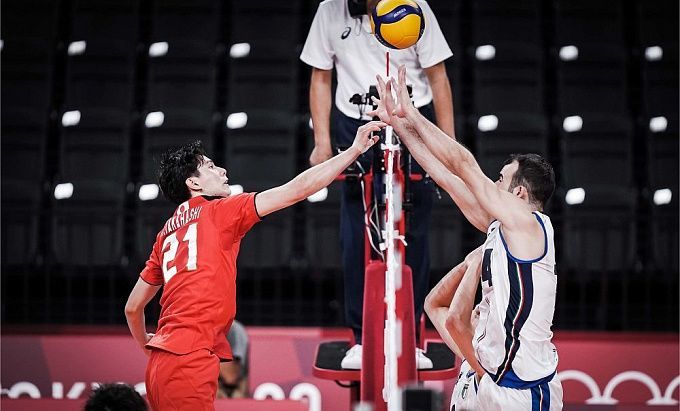 Both teams top of the standings. Japan is even ahead of Italy on extra points. The game between them should be exciting, and the outcome is unclear. Let's see what we can expect.

The Japanese have only one loss in the League of Nations so far - in a hard-fought five-set game to Team USA, which hasnt suffered any defeats yet.

In the second week the Japanese team plays with their usual lineup - the same one that lost to the Italians at the Olympics. Nishida, Ishikawa, Takanashi, and Takahashi, the main outside hitters, will join the squad. These guys have won only one match to nil - over Iran.

The team's opponents, except the Americans, had difficulties with the Japanese serve - Philippe Blain's wards won four times with the advantage of three to eight aces and made no less than six.

Since the Italians' serve is also powerful enough, the total of more aces is quite probable.

In addition, three times the Japanese ended up with a total over 48.5 and four times - a total of 177 or higher.

The Italians, after losing the opening game to the Frenchmen, then went on to claim four victories in a row, including one over Poland. As a result, they also had four wins in five games by Friday.

True, in the second week the Italian squad is no longer the same - Anzani, Michieletto and Lavia came on board, which is a serious upgrade. Zaitsev is still absent, as well as Juantorena. By the way, it was these two who were responsible for the victory over the Japanese a year ago in Tokyo.

Nicola Giolito's charges averaged five serve errors per game. The Japanese have a slightly better figure of four and a half. All told, they're averaging at least nine and a half service errors per set. Since it is unlikely that the game will end after three sets, we can focus on about 38 errors per match.

Both teams are in the leading group and at the moment are somehwat equal. It is unlikely that the game will end quickly. In addition, the bookmakers consider Italy the slight favorite. That is why we propose this: