Netherlands (w) vs Germany (w): Being aggressive can help you win, but mistakes are unavoidable 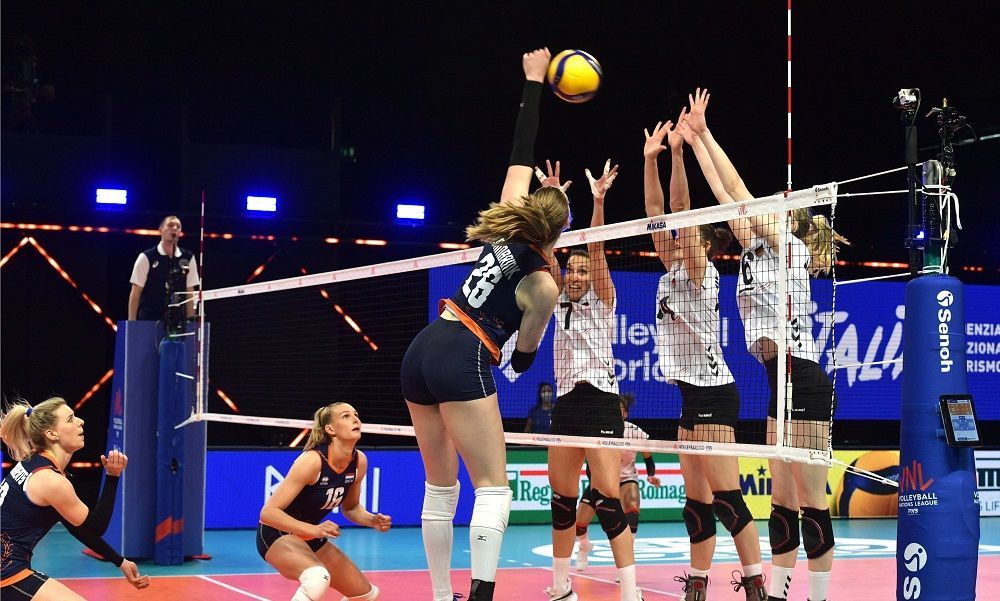 Some of today's opponents have already played too carefully in this championship. It did not end well, so they are likely to change their strategy.

The Dutch won 4 of their 5 group tournament matches. They lost 0-3 to Turkey and gave up only one game to their other opponents. The team seems to be strong, but I wouldn't say so.

I saw the Netherlands play against Turkey. The Turks attacked from two zones - two and the center. Erdem and Güneş scored a combined total of 23 points, with the former 13 out of 13 attempts. The Dutchwomen didn’t manage to knock Turkey down, although the opponents are not the best receivers in the world. Well, if you let your opponent play first tempo and you know they are going to do so, you should at least block the middle hitter. So, the Dutch were not even able to keep up with the Turkish team captain and her attack. How can one not succeed at least once knowing beforehand that she’s about to receive the ball and attack?

In general, it was far from a great game from a strong team. That's why the odds on the German team are surprising, well above 2.0. Bookmakers consider the Netherlands to be the favorite and I think that is very brave.

The Germans lost the first group match to Poland, only to win four games in a row after that. Well, it took some time to handle the Czechs and especially Bulgarians, but the results are mostly the same as the Netherlands have.

Felix Koslowski urges his players to serve more aggressively. I already mentioned that Felix Kozlowski urges his players to serve more aggressively. As a result, the Germans make it difficult for their opponent to receive, but they also lose a decent amount of serves, an average of 3 per game. It’s interesting that their aces are quite average, less than 2 per set. Aces Total Over 8.5 are also rare. The same goes for blocks, 2.5 per set.

In short, for three sets, neither Total Blocks nor Total Aces pay off. Serve Faults hardly do. However, if it is 4 sets, then there are more of them. This game is unlikely to end with three sets, so it’s safe choosing Total Over, for both Aces and Faults.

It’s almost safe to expect serve faults, especially from the Germans. However, the Dutch will have to try their best not to repeat their game with Turkey - the Germans like to play first tempo, too. Aces look very promising, too. And as for me, the odds for Germany seem too high. The teams are equal, in my opinion.

Here are the options for you to bet on: