China vs Turkey: The Turkish team has a chance of victory 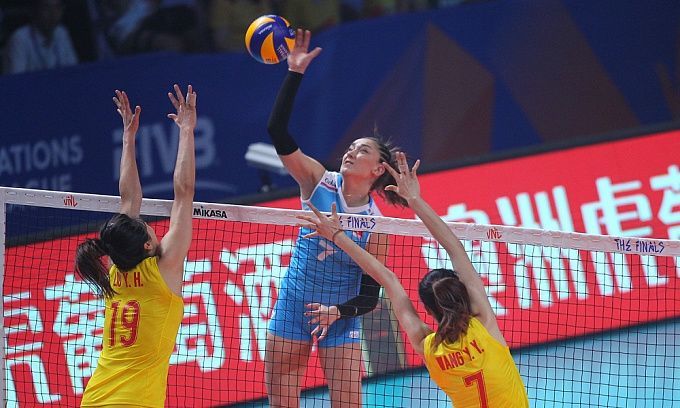 This is not the first time that big teams start big tournaments not in the best way possible. For instance, the Chinese Women's team won in their group five years ago in Rio. And Turkey is also aware of all this.

The Olympic champions played half of the League of Nations with their second lineup and lost heavily. When Zhu Ting, Yuan Xinyue, Ding Xia, and others came on board, the Chinese began to beat everyone easily. Even though they won seven games in a row, Lan Ping's side didn't even make the Final Four, but they showed their true power.

Bookmakers believe in the victory of the Chinese team so much that they give Turkey a score over 10.0 points for it. Well, they're probably right.

The Turkish team, on the other hand, made it to the Final Four of the Nations League and even managed to win the bronze medal by beating the very tired Japanese Women's team in the match for third place. Guidetti's wards didn't manage to make it to the semifinals against the USA team where they lost with a score of 0-3, but they fought in every game and it was not so easy for the future winners of the Nations League to overcome Turkey - the scores were 25-21, 25-23, 25-20.

The bookmakers don't suggest that the Turkish team has a possibility of winning at least one game, and even the possibility of imposing China as hard as in the game with the United States. I agree, the Chinese are just as fast as the Americans, plus they're taller.

The first day of the Olympics showed that the favorite team is not in optimal form. In Rio de Janeiro, the Chinese team started the tournament with a defeat, and they lost three times in the group and entered the playoffs only from fourth place. Unlike the bookmakers, I believe in the possibility of the Turkish team to put up a fight and suggest the following bets:

Finland U20 vs Czech Republic U20 Prediction: Suomi will win in productive match