China vs USA: It looks like the Chinese will show themselves later 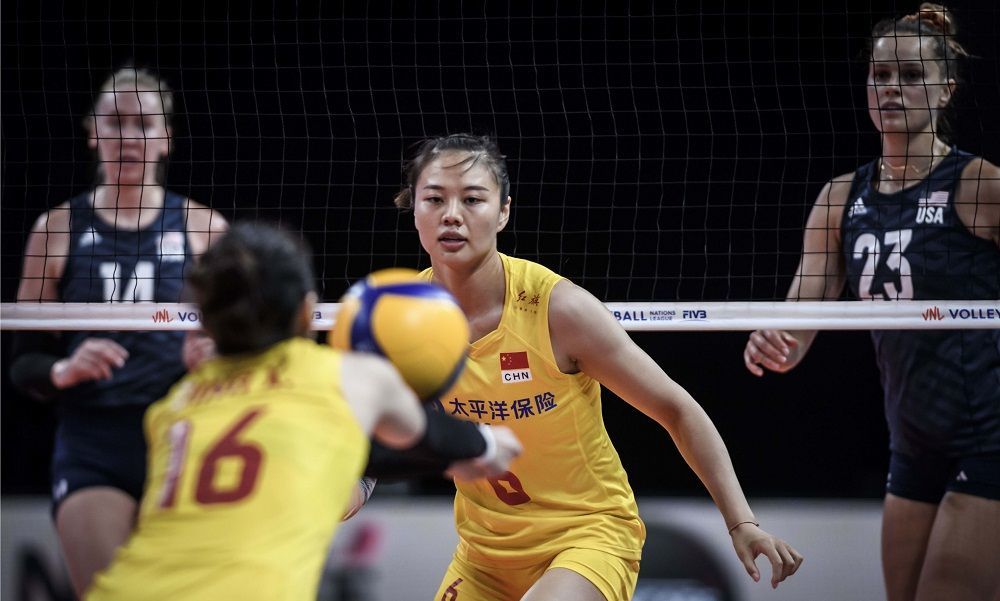 If we explain China’s failure at the start of the tournament using basic arithmetic, then the Chinese team’s second game shouldn’t have much success either. We’ll see the real China in a bit later.

China got off to a poor start, losing 3-0 to Turkey. Maybe the Chinese team got nervous, or they were just stressed till the last days and will start to play in the second half of the group stage.

What is certain is that everyone, even the centres, failed in the attack. Yuan Xinyue scored four of 12. That’s a statement on her retirement from the big sport, not a game as a middle blocker. Zhu Ting herself performed even worse, three out of 15. On the face of it, Zhang Changning seemed to have a slightly better performance showing nine of 21, but eight of her attacks brought the opponent points. That’s terrible.

We think that the Chinese team is just coming out of a bad stretch and should be in great shape for the playoffs. Well, there’s no way that a game crisis can hit everyone at once without exception. If I’m right, then the time to smash the enemies of the proletariat for China hasn’t come yet. You have to be patient for a few days. Unless, of course, the coaching staff have made a fatal mistake.

The Americans beat Argentina 3-0 on Sunday but didn’t show their high class either. Both players on the attack (Larson and Bartsch) did not reach 50 % (Larson even to 40 %), middle blockers too were in an obscure state, and only Jordan Thompson pounded as a baller with a result of 18 of 23.

But Karch Kiraly’s team block was up to the mark as well as their serve. The reception was excellent by all without exception.

The Chinese team is getting in shape so that I will take the negative handicap as well. Besides, I don’t think Jordan Thompson will be able to pull off another masterpiece performance. In the game with Argentina, she scored 20 points in total. I think the Chinese are quite capable of slowing her down, even if she gets the same amount of playing time again, which may well not happen. After all, the leading opposite player on Kiraly’s team is Andrea Drews, and she needs game practice. So, here’s my pick: