Japan (W) vs Dominican Republic (W): it is going to be a long battle 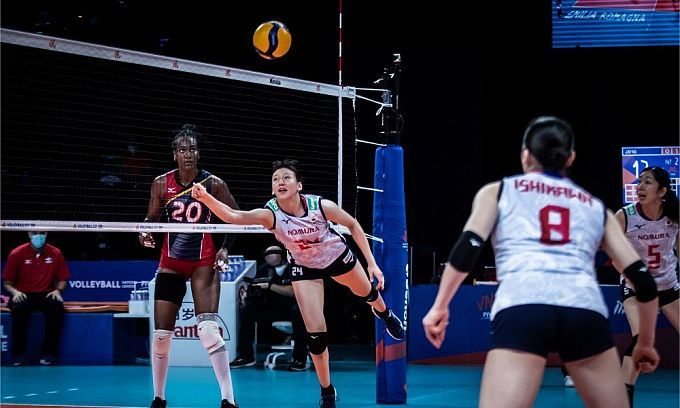 There are already seven participants in the quarterfinals of the Olympic women’s volleyball tournament. This game will reveal the eighth and last team to reach this stage. This match will give us a lot of emotions and probably there will be a lot of mistakes made. It’s going to be a long one.

As I said before, the Japanese players are not tall nor can jump height. There is no team in the Olympics that the Japanese national team would beat on the block. They have managed not to lose, but it was in a match against the poorly trained Kenyan team with a score of 8- 8. The Japanese lost on the block to Brazilians, Serbians, and even Koreans, with  2-16, 2-11, and 10-14, respectively.

Despite the fact that they played three-set matches against Kenya and Brazil, the total of 14.5 blocks was achieved at the expense of Japan's rival mistakes. Serbia just fell short, but also in three sets. It is unlikely that this match will end after three games, but will the Dominican Republic be able to score a double-digit number of blocks in five games? Let's see how it goes.

The undoubted merit of Japanese team is their receive. No team can count on a lot of aces when playing against Japan. Brazil, for example, produced only one, Korea - one, and Kenya - zero. Only Serbia managed to execute the service right through three times.

Japan itself serves confidently, with a minimum number of mistakes, but you won't get aces from Japan itself - six servings out of 14. Even in the five-set duel with Korea, there were only three, and two of them were Japanese.

The team from Haiti played two five-set fights in Tokyo, and in both total blocks of 14.5, of course, they fought their way, but not so that with a huge margin. In the match Dominican Republic vs Brazil, there were 19, and the meeting with Korea brought 15. But the Koreans block much better than the Japanese.

The Dominican Republic itself, obviously, in this context is an average team. They made 10 blocks to Brazil in five sets, and even less to Koreans - only nine.

Thus, there are big doubts that in the match Japan vs DomExpert betting tipsinican Republic there will be more than 14.5 blocks.

Playing against Brazil, the Dominicans got one ace in five games. Japan, as we said many times before, along with Brazil is one of the teams to better perform while playing at home.

So, the table shows that four of the last five matches between these teams ended in five games. The total of blocks is a muddy story with these 10 unclear blocks of Japan in Rimini, but the record of the total number of aces, perhaps, will not be broken through. And, as always, Japan will win. Here's are some betting options:

Emil Ruusuvuori vs Hubert Hurkacz Prediction: Hubert to Give the This Match As Well?