Russia vs Italy: Russia will most likely lose the game, but it will be not easy for the Italians 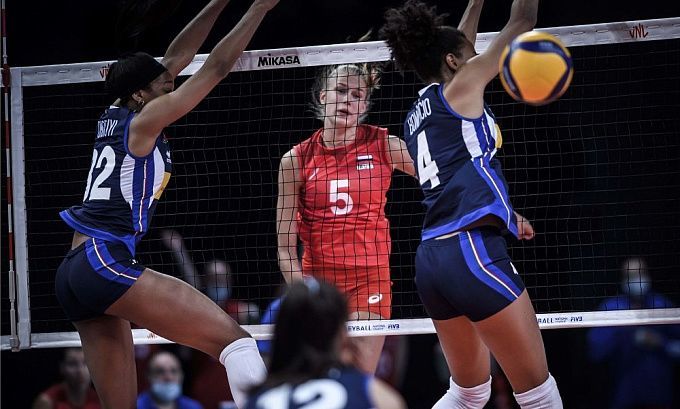 Russia have performed well in head-to-head matches, but they have played poorly against Italy in recent years. Italy defeated Russia in the European and World Championships. However, the Italians handled with difficulty the Russian team.

The Russian team came to Tokyo without the injured players Parubets and Romanova. In addition, after the Nations League Kosheleva announced her retirement from the national team. It is good that Voronkova stayed away - it seemed at times that Irina was about to kick the head coach of the team in Rimini.

This is the state of slight mutual misunderstanding, and the Russians left Italy a month ago. Whether the communication between the players and the coaching staff was improved, we will see on Sunday. Personally, I do not expect anything good from Sunday's match.

Bookmakers are not optimistic about Sergio Buzato's wards either. They are convinced that the Russian team will lose. Some bookmakers give more than 8.0 on their victory. It's hard to remember when the Russian Wome's volleyball team was ranked so low.

Let's get down to the numbers: in the League of Nations, Russia lost to all the favorites of the tournament (I do not count Italy with its 17th squad), but only to the Chinese - in three games. The Russian team fought hard against Turks and even Americans. Russia vs USA totaled 186, even though the Russian team had only 15 points in the fourth game. The total score for Russia and Turkey was 202. Why shouldn't the Russian team beat Italy with its hero Podkopayeva? Some bookmakers suggest betting 1.944 on the total over 157.5. I think it's an interesting bet.

The lineup of the Italian team is impressive. Egonu, Silla, Sorocaite, Chiricella, Malinov, Pietrini, Bozetti, etc. -  None of the volleyball players who played in the League of Nations is on the Italian Olympic team.

At the beginning of July, Davide Mazzanti's team played three friendly games against Serbia and lost all of them by the same score of 2-3.

So, I do not believe in the victory of the Russian team, but I expect a hard fight and I think the match will not reach three games. That's why I suggest the following bets: