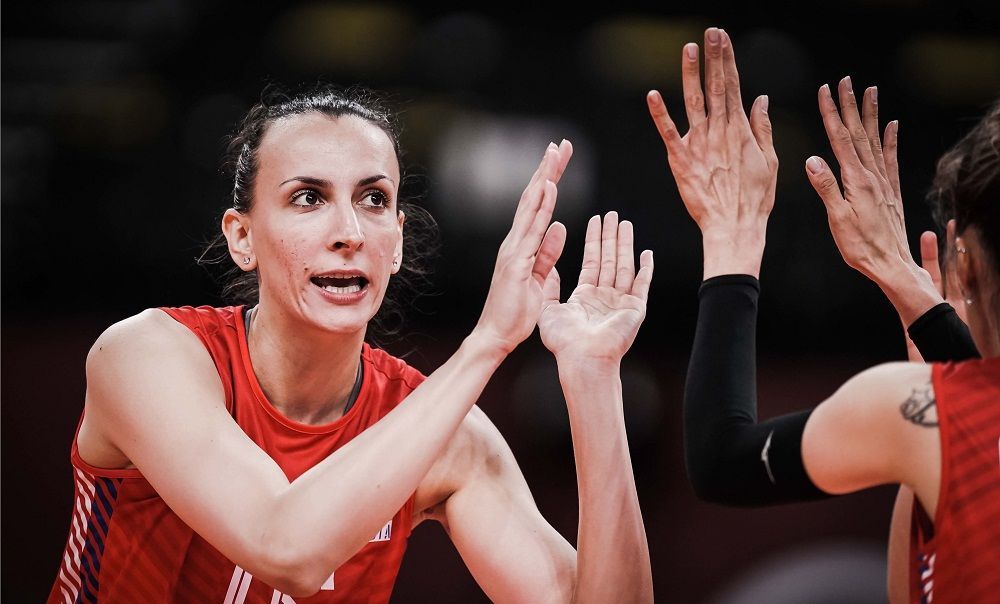 When a team starts to lose great players, its leaders have to play for themselves and their absent mates. Tijana Boskovic always plays for two, but Milena Rašić is already rushing to her help.

It is clear that in this game, half of the Serbian national team’s attacks will be completed by Boskovic. Players in the fourth zone are not scoring much. Mihajlovic is not getting up from the bench, so the second scorer of Terzic’s team is Milena Rašić, a girl from the centre. The best blocker of the Olympic Games in Brazil and the World Championship in Japan. She does not score less than 10 points in three games after Ognjenovic, who can’t see Brankica in the four, has almost stopped passing to her assistants.

Therefore, I’m not expecting Brankica Mihajlovic on the court on Friday, and Serbia’s game design will not change. Rašić will still run and receive plenty of assists, thanks to the reception.

In the USA team after Thompson’s injury, the apparent tendency to attack the diagonal has disappeared. Sure, Drews generally gets assists more often than others, but not twice as often. For example, in the group game against the Italians, Andrea attacked 45 times and Bartsch 40 times.

In the semi-final against the Dominican Republic, it gets even more enjoyable. Drews has 36 attacks, while Bartsch - 39. At the same time, Bartsch is considerably less effective than Drews. She scored 13 out of 40 for the Italians and a total of 17 points. The Dominicans only allowed the American opposite to score 13 points, 12 of them offensively.

So, we suggest betting on a positive handicap on Rasic’s point superiority over Bartsch. Also, I like the odds on Serbia winning again. I don’t think you should go past them as the Italians’ absence of Mihajlovic didn’t help at all. Here’s what I’ve picked: