USA vs France: We believe in the Americans 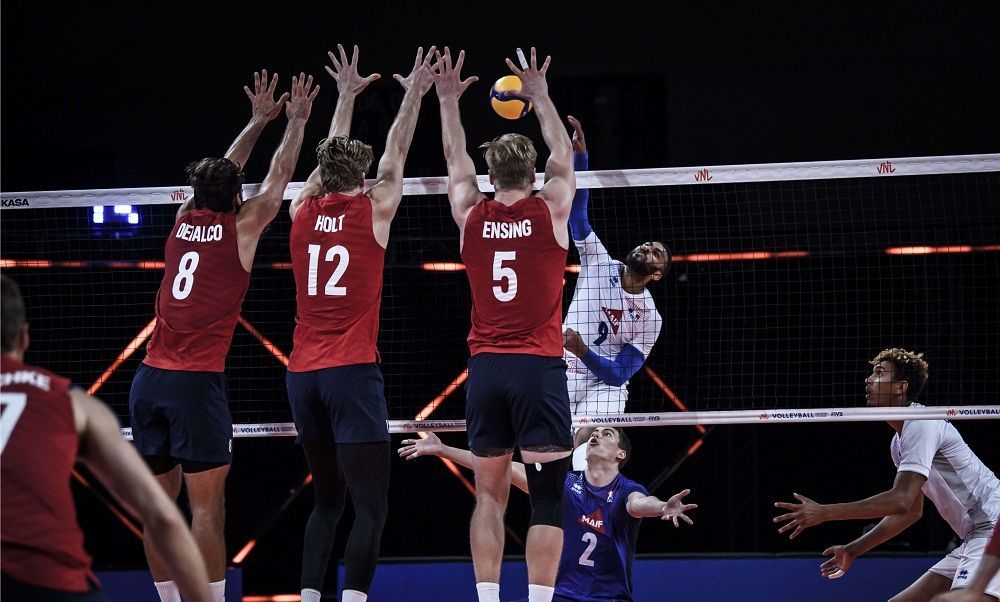 In the 21st century, France and the USA have played at least 25 games against each other, not including friendlies. Of these, only four ended 3-0 in favour.

John Speraw’s squad hasn’t changed much since the Nations League. Anderson and Sander are in place, but Russell is still missing. Aaron hasn’t had time to recover. That’s a significant loss in the fourth zone. DeFalco and Jaschke will play there. In other words, they are not outstanding players.

In general, the attack is a relatively weak point for the USA team, while the serve and the block are strong.

Bookmakers do not see Anderson and his partners as favourites. That is understandable. They were seventh in Rimini and have seven defeats and eight wins.

The French had no one to step up, but they also had no losses. So, Laurent Tillie without changes. Ngapeth and Patry, Grebennikov, and Toniutti arrived in Japan, as did everyone else. It’s not a very powerful attack, but the main strength of the French are in reception and defence. They’ll need to display their best qualities when France have a small linkup player on the forehand.

They can’t outplay their opponent on serve, and they are likely to be lacking on the block, but they can quickly force the Americans into mistakes.

So, the Americans are not very strong, but the French are not better than their opponent. France have beaten the USA many times in the World League and the Nations League. Still, the French are not so lucky in meetings with the Americans in all other tournaments - one victory in four games in the 21 century. So this is what I’ve decided to bet on: