Jayjay Okocha: So Good, They Named Him Twice

When it comes to Nigerian football, one name that would never cease from the lips of football lovers in the federation is "Jay-Jay" Okocha. Augustine Azuka Okocha, popularly known as Austin "Jay-Jay" Okocha. Born to Deltan Parents in Enugu, Enugu State in the Eastern region of Nigeria, he rose to stardom to become one of the greatest to ever rock the Nigerian jersey. Many may ask, "Where is the pseudonym Jay-Jay from?" Originally, the name belonged to his elder brother James, who played domestic football before him. His immediate elder brother Emmanuel Okocha was also given the pseudonym. When he got his turn, the name stuck like a second skin. 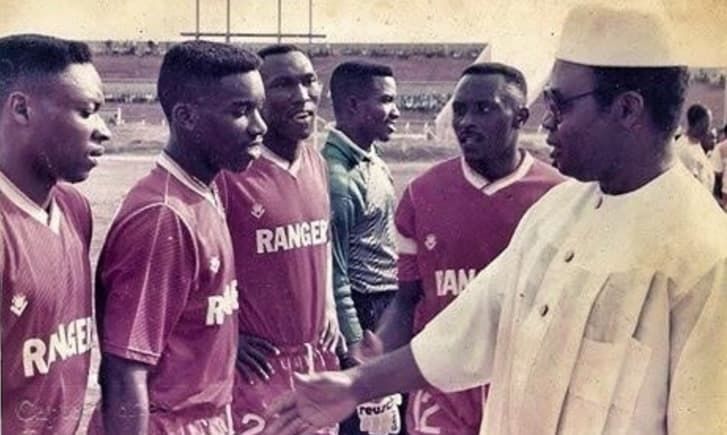 Unlike what many others may think, Jay Jay Okocha's football journey was not on a gold platter. During one of his footballing bouts, Scouts from Enugu Rangers visited his playing field and the requirement was an automatic invitation to the player who scored the most goals. The match ended with his local squad winning by three goals of which he scored the first, his friend Victor Agbo scored the second and in a last-minute sacrifice, Agbo assisted Okocha to clinch the winning goal - a drastic life-changing sacrifice.

Arriving at Enugu Rangers in 1990, his brilliance on the ball made him a quick spectacle. One unforgettable highlight was a goal against veteran goalie Williams "Willy" Okpara of BBC Lions which impressed both teammates and management. At this time, he went on a casual visit to Germany where he accompanied his friend Binebi Numa who played for Borussia Neunkirchen to training. An opportunity to train presented itself and he was approached by the management for a contract. In the span of twelve months, he joined FC Saarbrucken and later moved to Eintracht Frankfurt in the summer of 1991. 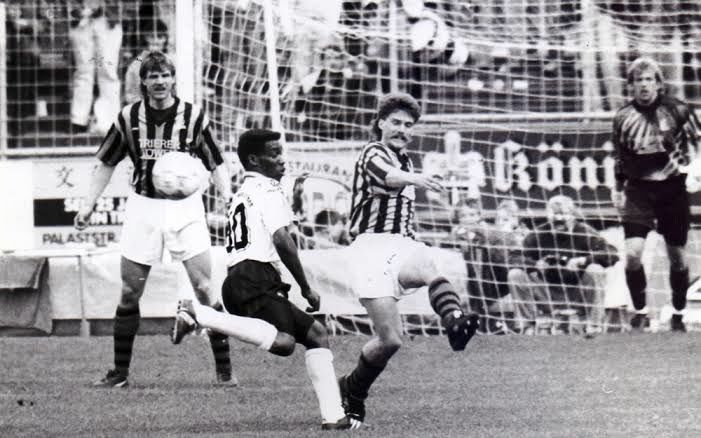 Despite his many thrilling performances, an event that pulled the spotlight on him was his 1993 phenomenal goal against Oliver Khan, one of the arguably best goalies in the world at the time. The goal entailed him ridiculing nearly half of the team before slotting home the ball, but not before making Oliver Khan crawl helplessly. 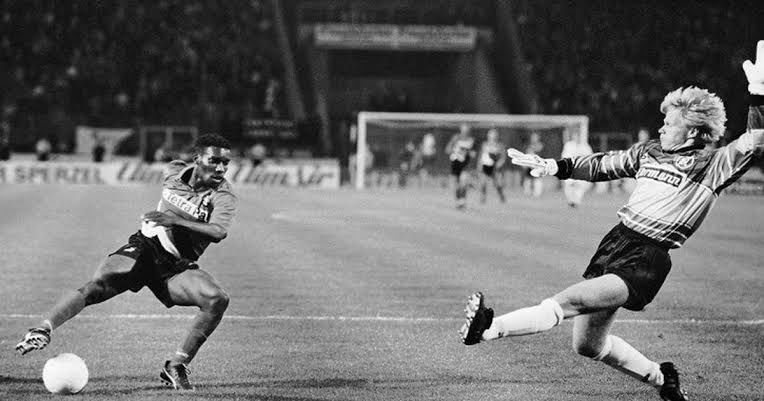 This goal was voted Goal Of The Season by numerous media journals and was officially declared Goal of the Year by Sportschau in 1993. He left for the Turkish side Fernabahçe after the end of the season, but not before scoring eighteen (18) goals in ninety (90) games

The 1993 FIFA World Cup Qualifiers was his first launching as a professional player for Nigeria. The match, however, ended in a two-one (2-1) defeat. 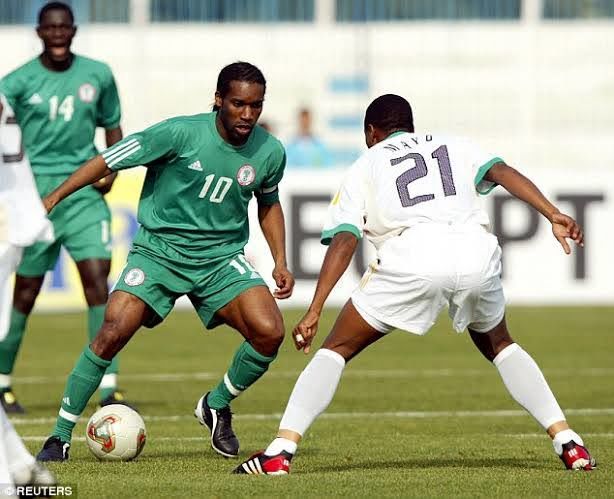 Subsequently, he helped Nigeria defeat Algeria four goals to one, a match where his equalizer changed the course of the match from a looming defeat to a substantial victory. He featured again in 1994, 1996, and 1998 in which the Super Eagles lost out in either Round of 16, Second Round of Death or Qualifiers. 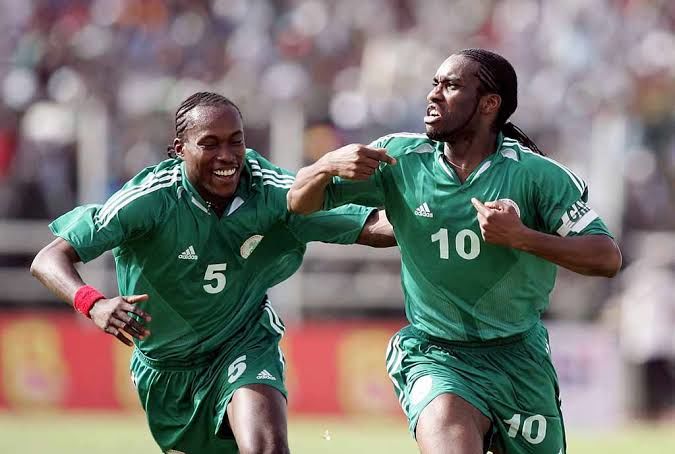 He had, regardless, become a solid member of the Squad and had won the hearts of both Nigerians and the global spectacle. In the 2000 AFCON cup of Nations, Okocha scored two goals in the match against Tunisia, receiving rousing applause as he was later substituted.

In 2004, He was named by Pelé as one of the top 100 living footballers on the surface of the earth.

At Fernabahçe, Okocha was renamed Mohammed Yavuz after acquiring citizenship. He scored direct free kicks at will and quickly became a talisman that struck fear in the hearts of opponents whenever a free kick was awarded. He scored thirty (30) times in sixty-two (62) games before he was approached by French giants, Paris Saint Germain. 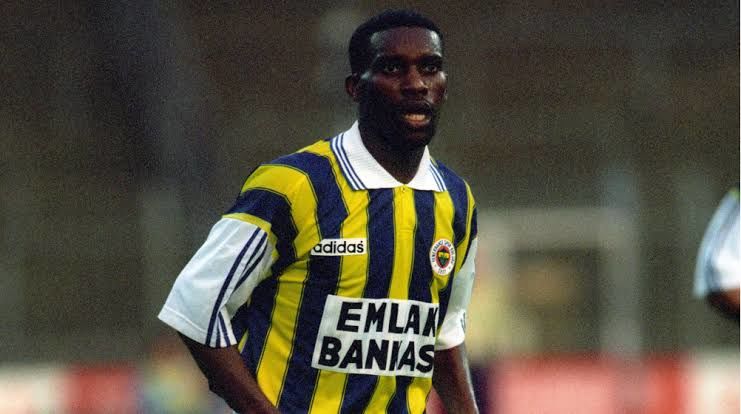 Okocha's move to Paris Saint Germain in 1998 made them the most expensive African Footballer. There, he linked up with Brazilian Phenom Gaucho Ronaldinho. As a playmaker and midfield maestro, he played 84 matches where he scored twelve (12) goals. When he was on the ball, opposing players greatly suffered from his tricks which include his signature stepover, rabona, Roulette, and all forms of body feints.

The summer of 2002 saw him as a signed free agent to Bolton Wanderers, where Sam Allardyce and other Bolton faithful fell instantly in love with his flair, dribbling skills, and goal poaching, earning the chants, "So good, they named him twice." Here, he scored an epic goal against West Ham United, which was voted Bolton's best Premier League goal. His five-year stay at Bolton ended with a swift move to Qatar. 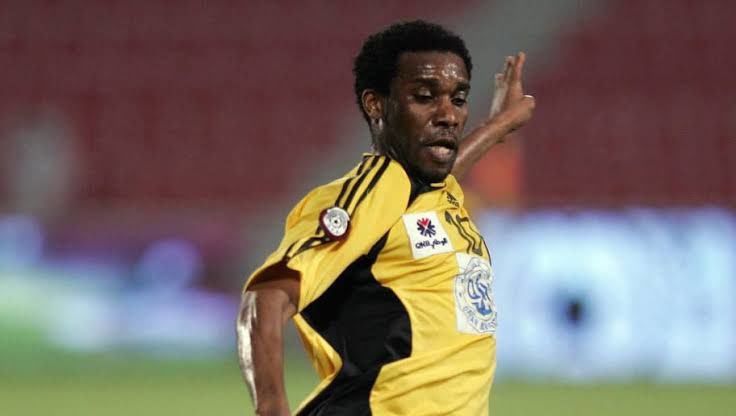 A year at Qatar saw him return to Championship side Hull City, where even though he was injury-ridden, he still helped the club gain promotion to the Premier League, a feat achieved for the first time in over a century. At the end of the season, he hung his boots and went straight into retirement in 2008. 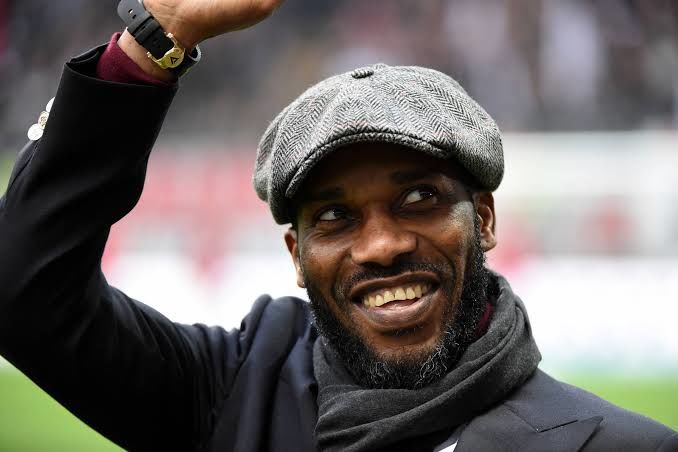 Where is Jay-Jay Okocha now?

In February 2018, Okocha signed an ambassadorial deal with Betking, a move that took place days after he was included in the Nigerian Football Federation (NFF) XI. 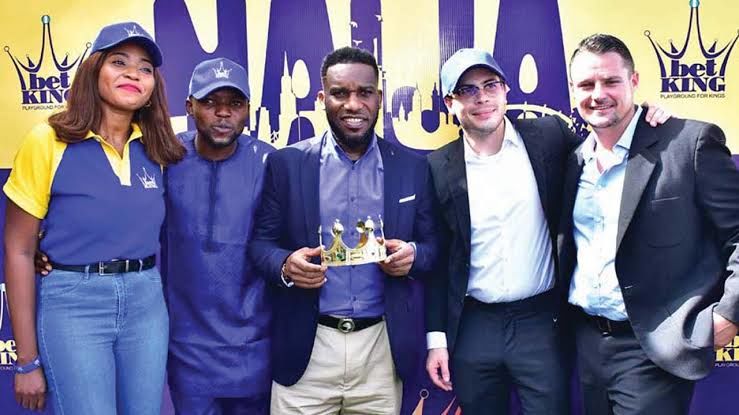 He is a honoured member of the SuperPicks team, making guest appearances on live shows where he lends from his wealth of experience.It is hoped that he would one day pick up the coaching mantle of the national team and once again lead the Super Eagles of Nigeria to glory.

Even though he retired from the game quite early, the game never truly left him as he has debuted in so many novelty matches with other players like Daniel Amokachi, Peter Rufai, Taribo West, Victor Agali and Julius Aghahowa. 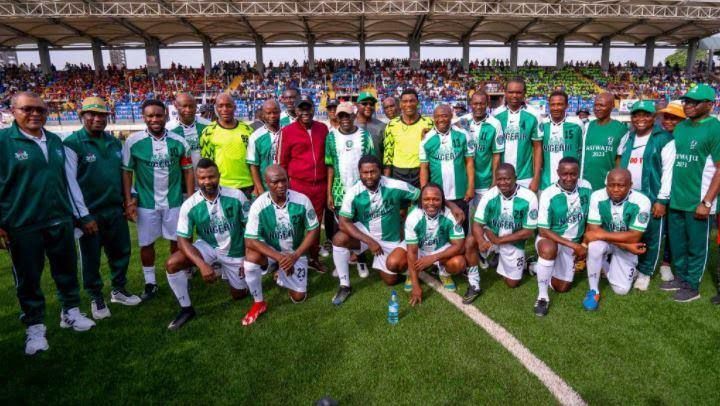 Pundits and critics alike argue that Austin Jay-Jay Okocha was cheated out of the Balon D'Or Award to be the best Player of the world in his prime as this was the only award he skipped over. In testament are many A- rated players like Mesut Ozil and Gaucho Ronaldinho, who have referred to him as a childhood idol or a mentor. But then, what do you think? Let us know in the comments!