On the final day of the uefa nations league, Portugal hosts the red fury on what seems to be the continuation of a long time rivalry. The last time these two great teams met on a football pitch it ended in deadlock, spain took the early lead with Portugal equalizing only few minutes to the final whistle. Portugal still sit at the top of the table with two points clear off it's direct opposition. Spain will try to pull off a stunt by upsetting the table leaders and moving straight up. will Fernando Santos men allow this to happen? we will find out. 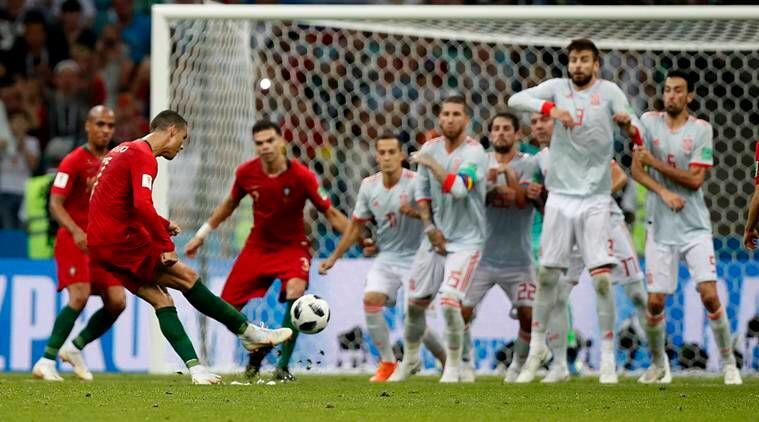 Portugal have been in great form since the return of the nations league, showing class by delivering a stunning 4-0 defeat to Czech republic in their opening game, Czech struggled defensively to contain Portugal's attacking prowess and this only landed the lokomotiva at the bottom of the table (relegation bound) and a clean sheet to diogo Costa. Portugal has won three (3) of their last five matches, a 4-0 win against Switzerland and Czech republic a 1-0 defeat at the stade de Geneve and a stalemate at Spain. A good run for the Portuguese if we are being honest. The match against Spain still remains the table decider.

Spain suffered a dreadful defeat at home ground against Switzerland, Spain created lots of chances upfront but they were not clinical enough and lacked the final pass. Luis enriques boys will surely hope to rise above their ruins against Portugal in the final match on Monday. Spain have only won two (2) matches out of five in their nations league campaign, a loss against Switzerland and stalemates at Czech and Portugal.

The last two meetings between both teams have averaged a goal from each team, the Portuguese are eager to finish their campaign in grand style as a draw is all that is needed to do so. Enriques boys at the other hand needs redemption from their home loss against Switzerland and a glimmer of hope lurks in the match against Portugal.

We expect to see goals from both teams.