Senegal at the Qatar World Cup 2022

The 2022 FIFA World Cup to be hosted for the first time in the Middle East by Qatar will be the height of footballing action in the year 2022. The tournament set to start November 20 will have the attention of every football fan as they want to witness the biggest football tournament in the world. 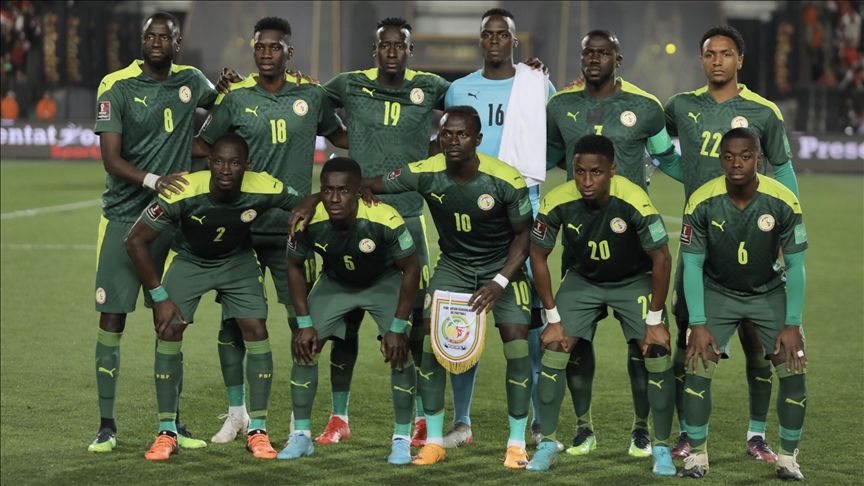 Senegal at the Qatar World Cup 2022

African football lovers will not be left out of the euphoria as they will have 5 countries - Senegal, Morocco, Cameroon, Ghana, and Tunisia to cheer at the Mundial. Among these countries, Senegal is the biggest of them at the moment as they are the current African Champions after clinching their first AFCON title in 2021 and also the number 1 ranked team on the continent according to FIFA ranking.

The Teranga Lions as they are called will be competing at their second consecutive FIFA World Cups after a gruesome qualifying play-off round that saw them knockout Egypt on penalties. The West Africans will be hoping to have a better outing than they had in 2018 where they crashed out of the group stages. Interestingly, they have been grouped alongside the hosts, Qatar and the Netherlands in Group A for a feisty affair when the tournament begins.

Senegal’s numbers at the World Cup

Senegal’s first appearance at the FIFA World Cup was back at Korea/Japan 2002. Although, they had first qualified for the mundial in 1966 but were forced to withdraw as CAF ordered its members to withdraw from the England hosted World Cup as they protested a 1964 FIFA ruling that required the three second-round winners from the African zone to enter a play-off round against the winners of the Asian zone in order to qualify for the World Cup.

The Senegalese did bring the show to the world stage at the two previous world cups they had played.

The Lions of Teranga did pull surprises on their debut at the FIFA World Cup. The West African defeated the then World Cup holders France in their first match of the group stages by a lone goal and went unbeaten (1 win and 2 draws) to finish second in the group behind Denmark to qualify for the round of 16.

The round of 16 saw them defeat Sweden 2-1 in extra time with a late Henri Camara strike. The fairy tale run was ended by an extra time strike from İlhan Mansız as Turkey edged them into the semifinals. Till date, this run is Senegal’s best run at the FIFA World Cup.

After a long 16-year wait to qualify for the World Cup, Senegal finally qualified for the Russia 2018 World Cup. There were high hopes for them to replicate the 2002 performance with the caliber of players in the squad which included Liverpool’s Sadio Mane who had played in the Uefa Champions League final the same year.

The team defeated Poland 2-1 in the first game while they played two all draw with Japan and lost the third to Colombia and eventually will crash out in the group stages. Senegal were eliminated using the fair play rule after being tied with Japan the first six tiebreakers.

Senegal at the World Cup for all times

Senegal have 7 players as the joint most capped players for the country at the FIFA World Cup. All 7 players played all five matches at the 2002 World Cup in Korea/Japan. They are:

While players in the current squad will be hoping to beat the most capped record, they will also have an eye on the goal scoring record of the team at the World Cup. Papa Bouba Diop currently holds the record with 3 goals, all scored at the 2002 World Cup. Diop is followed closely by Henri Camara with 2 goals; both scored at the same tournament. 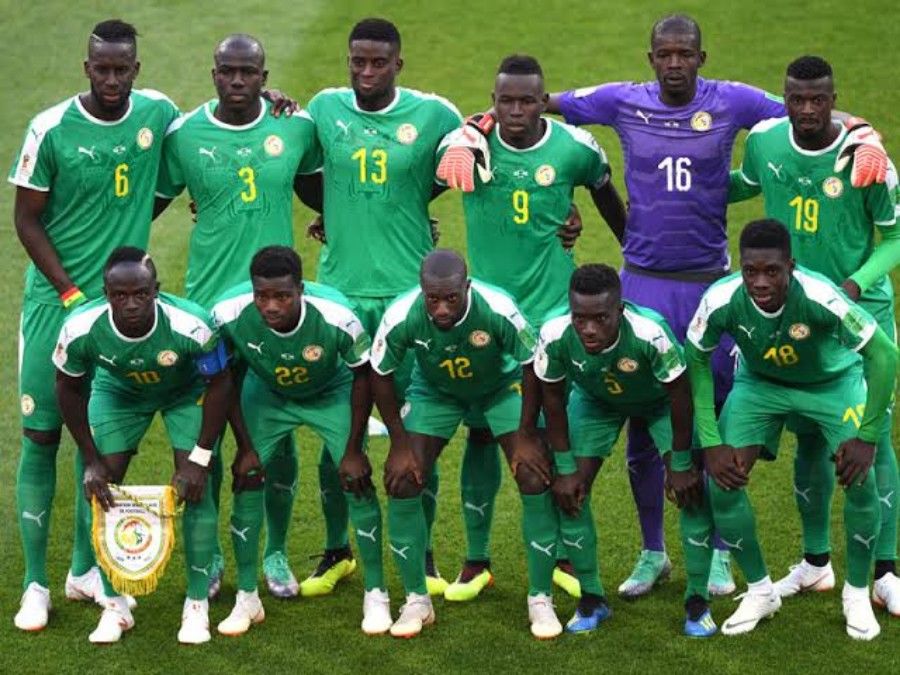 So many players will be hoping to get on the plane to represent the Lions of Teranga at the Qatar 2022 World Cup. At the moment, the official squad list is yet to be released but some names are almost a certainty that they would make the squad to the World Cup bar any last minute changes. Infact, the squad might just be the same as the 2021 AFCON triumphant squad. With the new FIFA rule which has permitted teams to bring a 26 man squad rather than the usual 23, a particular precaution introduced owing to the coronavirus crisis. FIFA also permits that teams would be allowed to use five subs in matches, with 15 players on the bench. Apart from the coronavirus crisis, the weather inQatar during the World Cup period is anticipated to be approximately 85F, hence the precautionary steps by FIFA. A predicted squad list is listed below: 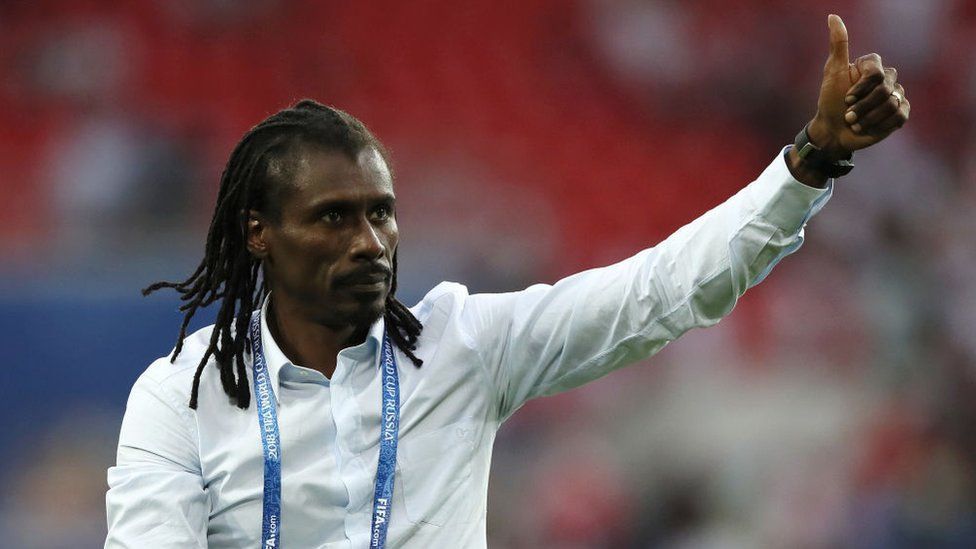 The former player who played most of his career in France and England was the first captain to lead Senegal to the finals of the African Cup of Nations in 2002, although he was one of those who missed their penalties in the loss to Cameroon. Cisse was also the captain of the Teranga Lions at their debut World Cup in 2002 where they defeated then World Champions, France and got to the quarter finals.

Retiring from active football at 33, the 46 year old was appointed head coach of the Senegalese national team in 2015. He led the team to thor second World Cup in 2018 at Russia, the first since 2002 and also led the team to their first Africa Cup of Nations’ final since 2002 in 2019 where they lost to Algeria by a lone goal.

Cisse’s contracts with the Senegal Football Federation was extended in 2019 and in 2022 when the rescheduled 2021 African Cup of Nations was played, Cisse would lead the team to glory, winning their first ever trophy after 2 failed attempts.He will be hoping his tem can replicate the 2002 World Cup performance when Qatar 2022 begins.

Senegal’s Chances At The World Cup 2022

Drawn in Group A alongside host Qatar, the Netherlands and Ecuador, football fans and pundits have tipped Senegal to progress into the round of 16 on paper. African football fans have also tipped them as the team most likely to go all the way form the 5 African countries. Considering the group, Cisse’s team have a high probability of making it out to the next round and the quarter finals or perhaps they could just go all the way to clinch the World Cup.

Schedule of Senegal at The World Cup 2022

Senegal will face the Netherlands in its opening match at the Al Thumama Stadium, Al Khor. Many are of the opinion that the tie will be the group decider as whoever picks the maximum points in the group will finish as the group winners. The following encounter sees the Africans square up against the hosts, Qatar at the same venue. The last game of the group stage will see them face Ecuador which they will be hoping to be in a comfortable qualification by then. Below is the full group schedule of Senegal; time is in West African time.

Bet on Senegal at the Qatar World Cup 2022 with Betking
Tags:
Rating:
0