Racism is present in all areas of our society, and unfortunately, sports are no exception.

One of the sports with the most cases related to racism is the National Football League (NFL), which is the largest American football league in the United States.

This is partly surprising because it was one of the first professional sports leagues in the United States to accept players with black skin. As early as 1949 the NFL drafted the first black player and soon after, all NFL member teams could hire players or coaches of color, and some teams were even required by their fans to incorporate at least one black player on their team. 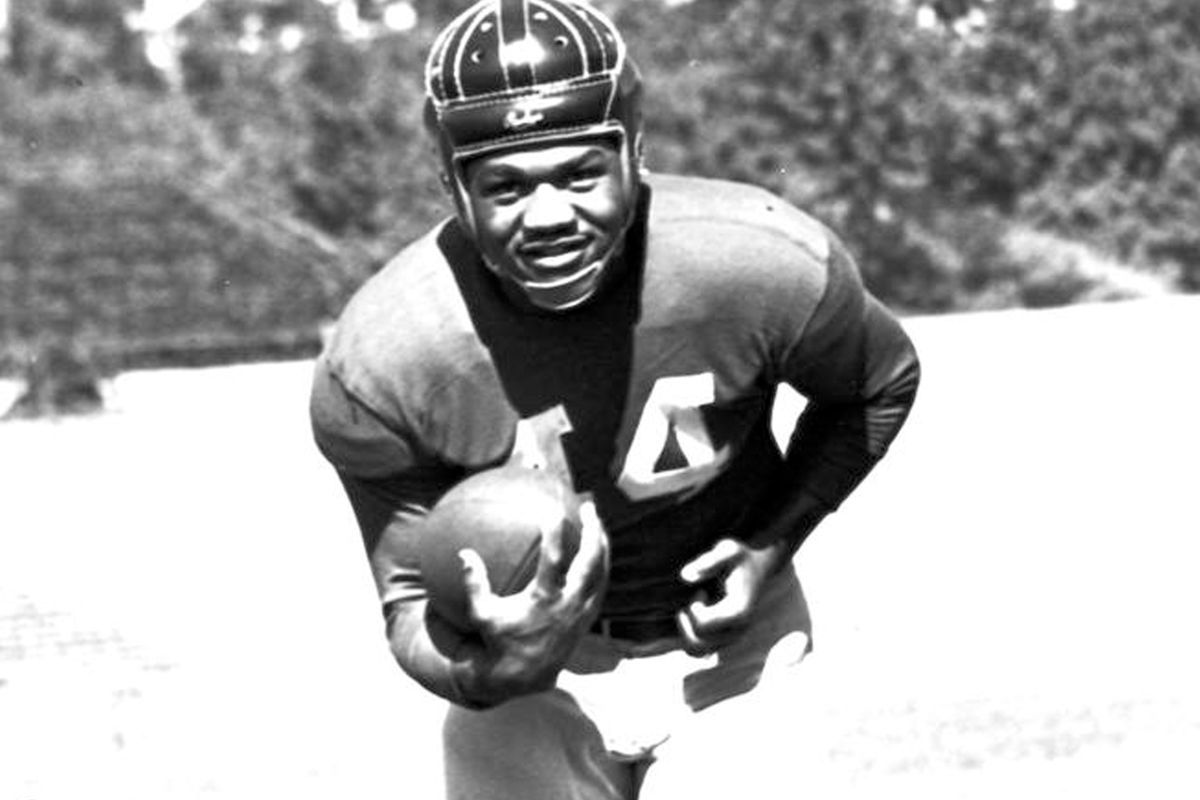 You probably all know that a way to protest against racism in sports is to kneel when sings the national anthem.

The first player to kneel was Colin Kaepernick in 2016 when he was playing for the 49ers. Protesting for his rights and those of his people cost him dearly since he opted out of his contract and has not been able to play professionally again. However, today, more players are joining in the fight against racism as part of the Black Lives Matter movement. 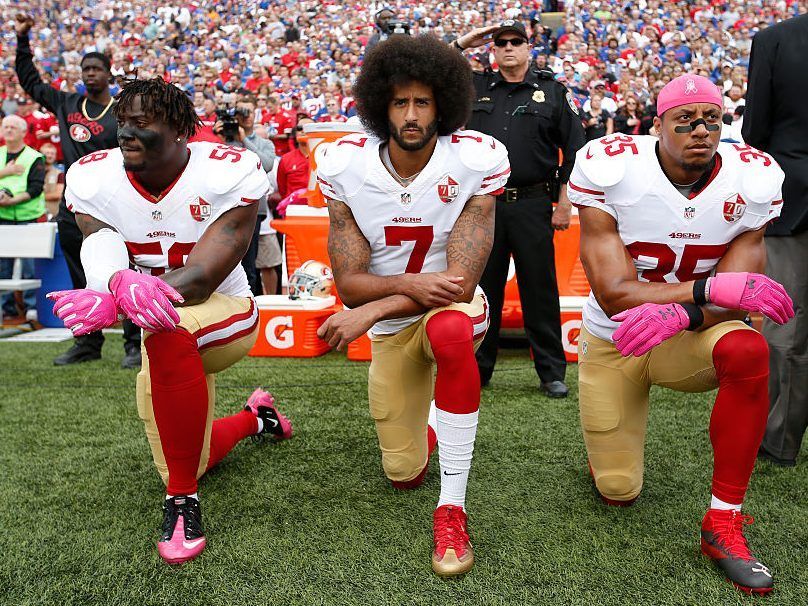 In the early 1950s, only 4 African-American players were part of the NBA, and some could not even play games. Luckily this changed, otherwise, we would not have been able to enjoy players like Michael Jordan, Kobe Bryant, Magic Johnson, LeBron James, Stephen Curry, and Kevin Durant among others.

In football (also known as soccer) there were also numerous cases of racism, although they generally relapse into xenophobia because it is a more global sport with teams from different countries playing against each other.

It is not only the fans who are accused of using racist insults, there were also famous football players sanctioned for this reason. For example, Luis Suárez, the famous forward who now plays for Atlético Madrid, received a penalty of 8 games without playing when he was a member of Liverpool FC for using insulting words against Patrice Evra. 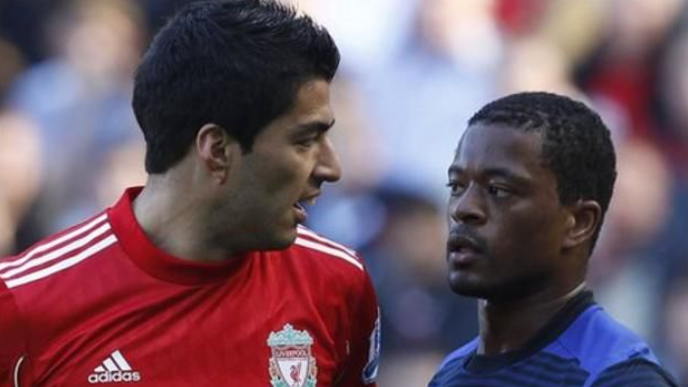 The biggest shame of EURO 2020 is not the number of own goals that players scored, but the English fans. It started when they bullied a German girl after the game against Germany, then they booed the Danish national anthem. And after the EURO 2020 defeat, they turned London into a big dump, broke down the fences at Wembley, and started a fight with the Italian fans. However, this would go unnoticed or would have been excused if not for the racist abuse against the police and several players including Bukayo Saka, Jadon Sancho, and Marcus Rashford, who missed the penalties during the final.

After the game, Twitter turned into a kind of hell: aggression poured on the guys from everywhere, and to a greater extent the emphasis was shifted to the color of their skin. The fact that Gareth Southgate sent off black players to score crucial penalties has even sparked a conspiracy theory that it was a political move in support of the BLM movement.

The frenzy on the streets of London reached such a level that fans attacked people with Asian appearances, and then someone was thrown into the Thames.

On social media, hashtags with insults to the black players, including the N-word, were trending on Twitter. This is the rarest phenomenon in the modern world. The comments below the posts on the football players' Instagram pages were also filled with hatred.

At the same time, not only "white trolls" participated in the harassment, but also representatives of English national minorities. For example, one dark-skinned British demanded that the players "get back to Nigeria." Also, hate speech was supported by British of Hindu and Pakistani origin.

This is why we take the knee. Praying for a better future - worthy of the values, beauty and respect exemplified by every single England player. pic.twitter.com/uuWYVnAmYp

After the game, most of the leading British media released notes supporting the players, as well as speaking out against racism. A number of British influencers also made similar posts, noting that it was precisely to stop such discrimination that the BLM campaign began.

London police said they will look into all these racist statements made against the football players. Given the riots in the city, which may continue today, the police will have a lot of work to do in the coming days.

We are aware of a number of offensive and racist social media comments being directed towards footballers following the #Euro2020 final.

This abuse is totally unacceptable, it will not be tolerated and it will be investigated.

This England team deserve to be lauded as heroes, not racially abused on social media.

Those responsible for this appalling abuse should be ashamed of themselves.

Rio Ferdinand, an ex-defender of the national team, was particularly harsh on this issue, who noticed that just a few hours before the game, fans were praising the players.

"Immediately after the game social media platforms became the toxic and racist safe place for the ignorant and cowardly rats to start spouting their disgusting feelings.

Hiding behind the safety blanket that is social media platforms these disgusting people can continually abuse our England players knowing that they are safe to be able to stay anonymous. (…) But England lose and that joy and sense of being United immediately evaporates and our black players become the target.", Ferdinand wrote on Instagram.

The League and clubs condemned the fans' actions

The Premier League supported the players, writing on social media that racism has no place in football. Manchester United, where Rashford plays and where Sancho moved, wrote in their social networks that one inaccurate shot does not affect the quality of a player. But the most powerful statement of support came from Arsenal, where Saka plays.

"Last night we witnessed the leadership and character we’ve always known and loved in Bukayo. However, this feeling of pride quickly turned to sorrow at the racist comments our young player was subjected to on his social media platforms after the final whistle. Once again, we are sad to have to say we condemn the racism towards a number of black players. This cannot continue. Bucayo, hold your head high, we are so very proud of you", Arsenal wrote on Instagram.

Football can be so cruel.

But for your personality. For your character. For your bravery...

We’ll always be proud of you. And we can’t wait to have you back with us, @BukayoSaka87 ❤️ pic.twitter.com/a6fVTb0y1j

Whether it was a foolish act by Southgate, who placed fifth a 19-year-old boy that never scored a penalty before, or some planned political action, no one will ever know. However, for example, Jack Grealish already said that he was ready to shoot, but the head coach decided everything for him. It is possible that in the future, fans will know more details of this story.