Neymar was unable to play for Brazil during the final group stages, but he is anticipated to play against South Korea in the Round of 16 on Monday. Brazil is one of the betting favorites to win the 2022 World Cup. 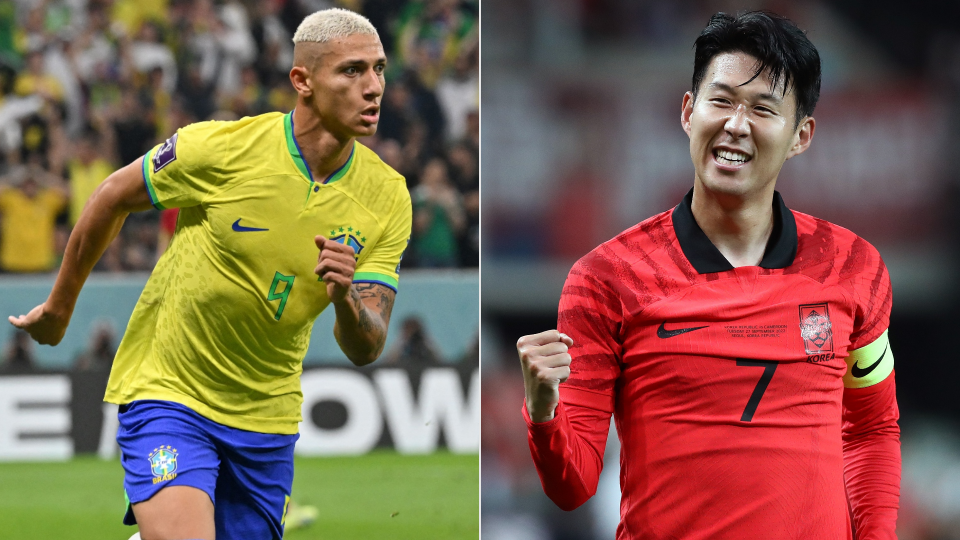 The 91st-minute winner against Portugal in the decisive game made the Asian nation, a surprise qualifier from Group H, edge out Uruguay for second place on goals scored, leaving Luis Suarez and Uruguay speechless and inconsolable.

South Korea qualified for the World Cup in a thrilling conclusion, after finishing runners up at their Group H stage. The Asian powerhouses beat Portugal in their final group match, and they will have to be at their best against Brazil this week.

How to Watch South Korea vs Portugal

The round of 16 match between Brazil and South Korea will be live on Tv on ITV1,ITVX,STV, and STV Player for viewers in the UK.

Fans in the United States can catch the game live on tv via Fox Sports, Telemundo, and Fubotv.

Canadian viewers can watch the match on TSN and RDS.

Brazil's nine-game winning streak has now come to an end after losing to Cameroon, despite the fact that they are still one of the favorites to win the World Cup championship. Even their narrow victories over Serbia and Switzerland lacked the enthusiasm that had been anticipated of them.

The five-time champions have a history of sluggish starts, and they have gone five World Cup games with no goals in the first half. If they want to maintain their status as favorites for a little while longer, they will need to fix this.

It has been 3 decades since Brazil lost in the round of 16, and Brazil have tremendous talent coming into this match. They are obvious favorites to get through to the World Cup 2022 quarterfinals in Qatar.

After the events of Friday afternoon, a historic all-Asian quarterfinal at the World Cup is now a distinct possibility. South Korea overcame Portugal's early goal by Ricardo Horta to qualify as runners up in their World Cup Group stage.

Before the halftime break, Kim Young-gwon took advantage of Portugal's mistake to clear their lines from a corner to tie the game at one goal each. With 91 minutes remaining,Hwang Hee-chan perfectly timed his run to score the game's third and decisive goal.

Uruguay and Portugal were unable to beat South Korea, who could potentially meet near neighbors Japan in the quarter-finals, although their fellow Asians face their own daunting last-16 clash with Croatia on Monday as well.

The Tigers of Asia have only ever managed to progress beyond the last 16 once, getting to the semis in the 2002 World Cup edition amid a wave of officiating controversy.

Line-ups for the Match Brazil vs South Korea

You can expect over 2.5 goals since Brazil will come out all attacking at odds of 1.75 at Bet365.

Prediction and Bets on the match Brazil vs South Korea

With goal threats spread across the entire field, South Korea can be confident that they can exploit a depleted Brazilian defense. Son and Hwang will undoubtedly be very offensive to the Brazilian backline.

We expect the Selecao's extensive attacking options to propel the five-time champions into the last eight and put an end to South Korea's dream despite Brazil's loss to Cameroon. Tite will be looking for a win since they are favorites with a 2-0 win.

Bet on Brazil vs. South Korea with 1xBet
88