Airlines in Asia-Pacific are seeing soaring demand for inflight broadband service, with a majority of passengers in the region expecting to have such services onboard, a new survey said.

The survey, conducted between August 2015 and March 2016, garnered respondents from more than 9,000 passengers in Asia, Australasia, Europe, and Central and South America who had taken a short, medium or long haul flight in the past year and carried at least one personal device onboard the aircraft.

According to the survey, conducted by Inmarsat and market research firm GfK, nine out of ten respondents from the region say the availability of onboard connectivity would influence their choice of airline, while over two thirds are willing to pay for the service.

Meanwhile, 54% and 57% of Asia Pacific passengers would choose inflight broadband as a preferred service in short-haul and long-haul flights, compared to only 16% and 18% choosing traditional in-flight entertainment (IFE) as their preferred onboard service.

Business flyers are even more likely to recognize the value of paying for high-speed onboard connectivity than vacationers, with 74% of business travelers surveyed indicating they are willing to pay more for faster inflight broadband compared to 62% of leisure travelers. 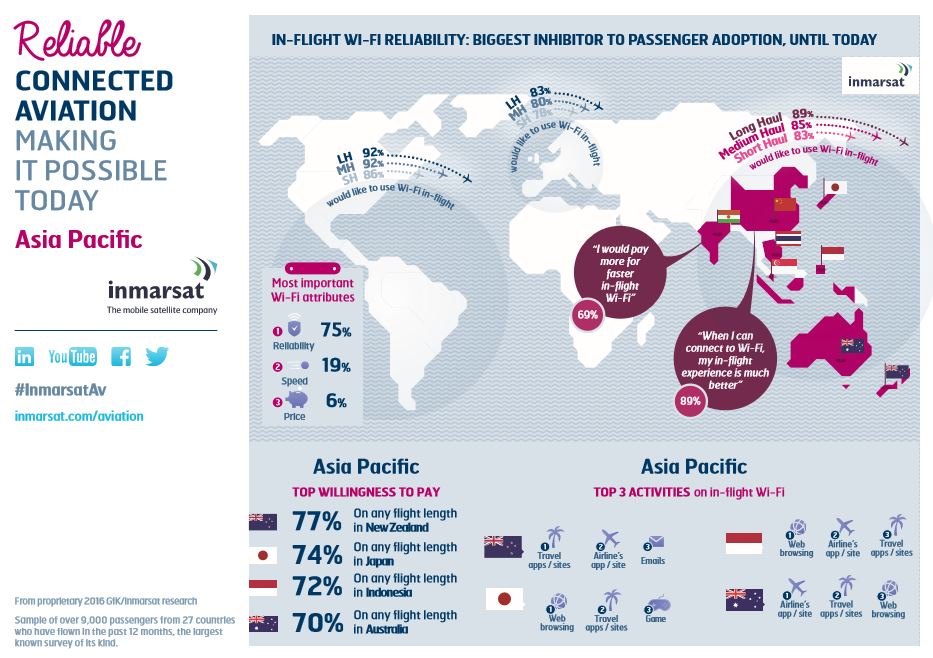 The survey showed that quality is even more important than price in Asia Pacific, as passengers are prepared to pay more for a quality service. Some 72% of flyers in Asia Pacific would prefer not to use broadband that is of poor quality with 62% stating they would pay more for faster in-flight broadband

“Our survey has highlighted a growing appetite for fast, reliable and consistent broadband in the air, with more than half of Asia-Pacific passengers preferring in-flight connectivity over a meal or traditional IFE,” said Bill Peltola, Asia Pacific regional director at Inmarsat Aviation.

“Although three-quarters of Asia Pacific flyers would like to try onboard broadband in the future, only 3% of aircraft operating in Asia Pacific today offer the service, highlighting the potential for airlines to use it as a differentiation point to attract more customers. 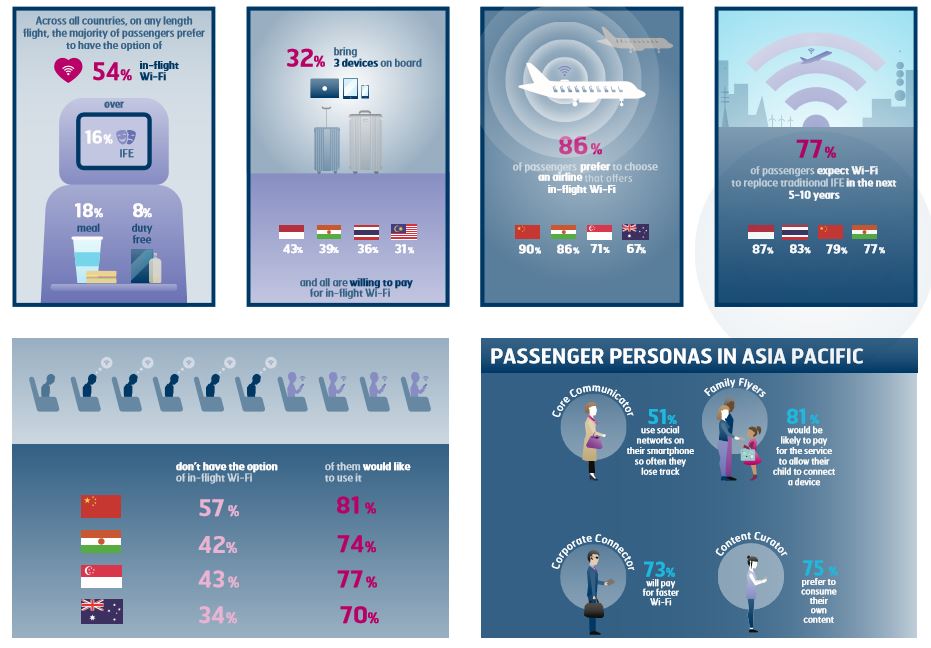