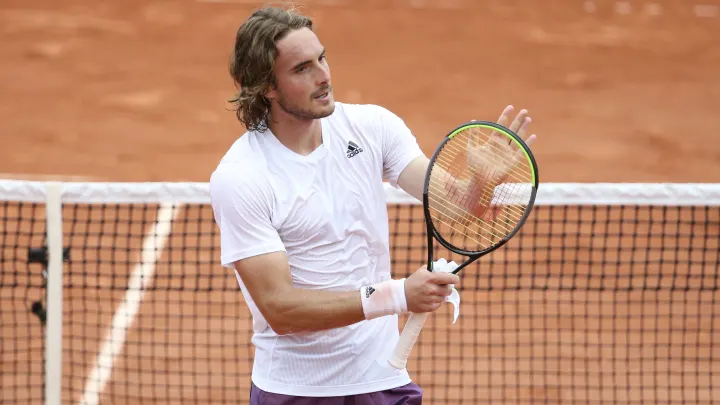 Stefanos Tsitsipas will face big-serving American veteran John Isner tomorrow, on 4th June 2021. No. 5 of the world S.Tsitsipas is passing a great form lately as he counts six wins in a row and comes in this Grand Slam after winning Lyon ATP Tour. In the 2nd round of this Grand Slam, Tsitsipas thrashed Pedro Martinez in straight-sets (6-3, 6-4, 6-3) by dominating the entire game. On the other side, John Isner beat 3-0 Krajinovic F. (7-6, 6-1, 7-6), a game where Isner made 23 Aces.

Will Tsitsipas block Isner's serves? Or will Isner stop the «unstoppable» forehand of Stefanos Tsitsipas? We have to wait and see what's going to happen.

In total, Tsitsipas and Isner have faced each other five times. Stats talks for 3 Wins of Tsitsipas against two wins of Isner. It will be the first time they cross paths on a clay court.

The match will be Livestreamed on many TV channels: Discovery+, ERT, Eurosport 1 France 2, RTS Deux, Bet365.

Isner may have strong serves, but Tsitsipas looks much more motivated to win this game. Even tennis ATP ranking shows that Tsitsipas is in another level as he ranks better (5th place against 34th - Isner). It will be a hard-fought, but our prediction is:

Tsitsipas to win in three sets in this match. (1.8 odds) Check our Free Betting Tip: Stefanos Tsitsipas vs John Isner: The American will put up some fight against the Greek