Uruguay vs Chile Copa America 2020 Preview, Where to Watch, Odds 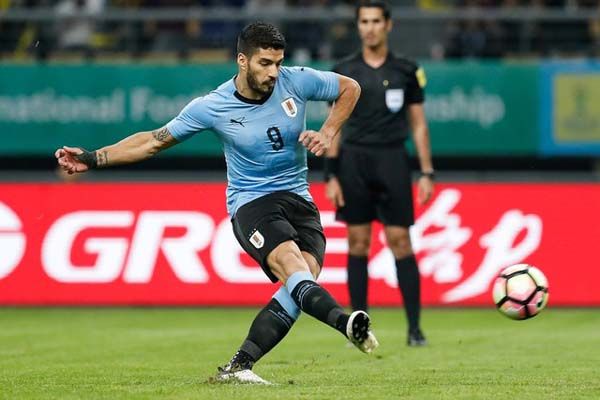 We move on to the game between Uruguay vs. Chile. The match between these two teams can be listed as a match where teams fight each possession, so we expect a close match, resistance, with a low score, but with a lot of fight in the middle of the field to control the match.

This game is part of the third journey of the north zone of Copa America; it will kick off at 23:00 CET on June 21. The stadium for this match is Arena Pantanal in Cuiaba, Brazil.

For Uruguay, this game looks like a winning game; it's true that Uruguay only have one game left, but it is the moment to add points to improve the image given in the last matches (without goals during four games between qualifying and Copa America). On the other side is Chile with four points (draw against Argentina and win against Bolivia), hoping to continue in the first position after three rounds and relax with one foot inside the next phase.

In the history of both teams, they have played 83 games against each other within every possible scenario (Copa America, Qualifiers, and friendly matches) with 47 wins for the national team of Uruguay, eighteen wins for Chile and eighteen draws. Uruguay scored 144 goals and Chile 85.

Where to watch Uruguay vs. Chile

Watch Uruguay vs. Chile with 1xBet

1xBet is in charge of the live stream of the tournament. If you want to enjoy this game or another game of Copa America or EURO, go to the «live» section and select your preferred match. The only condition for this is to sign up on the page. On 1xBet, you can watch and bet on all kinds of sports.

Predicting a result for this match is very difficult because of the level of both teams. But still, we bet on Uruguay to win this game; Chile is strong, but the attack with Suarez and Cavani can't be five matches without scoring, and their defense is strong enough to contain Chile. The odds for an Uruguay win are 1.72, a Chile win is 3.4, and the odds for the draw are 4.6.