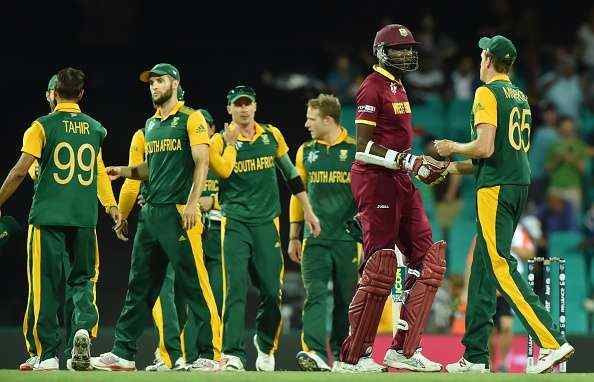 West Indies will look to make the most of their purple patch in Test cricket as they take on South Africa at the Darren Sammy Cricket Ground this Thursday. The two teams are working through a distinct transitional period at the moment and will need to put their best foot forward in this series.

West Indies are a resurgent force in Test cricket at the moment and are coming into this game on the back of unprecedented success in the subcontinent. The Windies stunned Bangladesh in their own backyard earlier this year and will want to prove a point against South Africa this month.

South Africa have been on a consistent downward spiral over the past two years and will need to return to winning ways sooner rather than later. The Proteas last played Test cricket against Pakistan in January this year and will hope for better performances and results in the Caribbean.

South Africa have a surprisingly excellent historical record against the West Indies and have won 18 out of 28 Test matches played between the two teams. West Indies have defeated South African on only three occasions in Test cricket and have a point to prove this week.

The previous Test series between the two teams took place in 2014 and ended in a 2-0 series victory for South Africa. West Indies have grown as a cricketing unit in the recent past and will want to prove their mettle this month.

Bookmark this page for all live scores, news updates and features

West Indies have named a strong squad for the Test series against South Africa with an impressive mix of youth and experience. Shai Hope and Roston Chase have returned to the squad after being left out against Sri Lanka and will want to make an impact against the Proteas.

South Africa are on a rebuilding spree with as many as six uncapped players in their Test squad at the moment. Dean Elgar has been given the captaincy this year and will have to mentor his young squad against a formidable West Indies unit.

Jayden Seales has been picked up by West Indies for their upcoming Test series vs South Africa. His 'ultimate dream' one step away from being fulfilled. Here's his tale, told from his family's eyes.

Replugging a story I did on him from last year. https://t.co/1BZ9mX8yfJ

South Africa are a team in turmoil at the moment with administrative issues seeping through the cracks and affecting team morale. The Proteas have appointed a calm and experienced head in Dean Elgar and will want their young guns to bring their talents to the fore in what is set to be an important match in their transition.

The West Indies, on the other hand, have emerged as a growing power in Test cricket and will want to validate their credentials against a strong opponent. Both teams have impressive batsman and could play out a draw in this Test match.