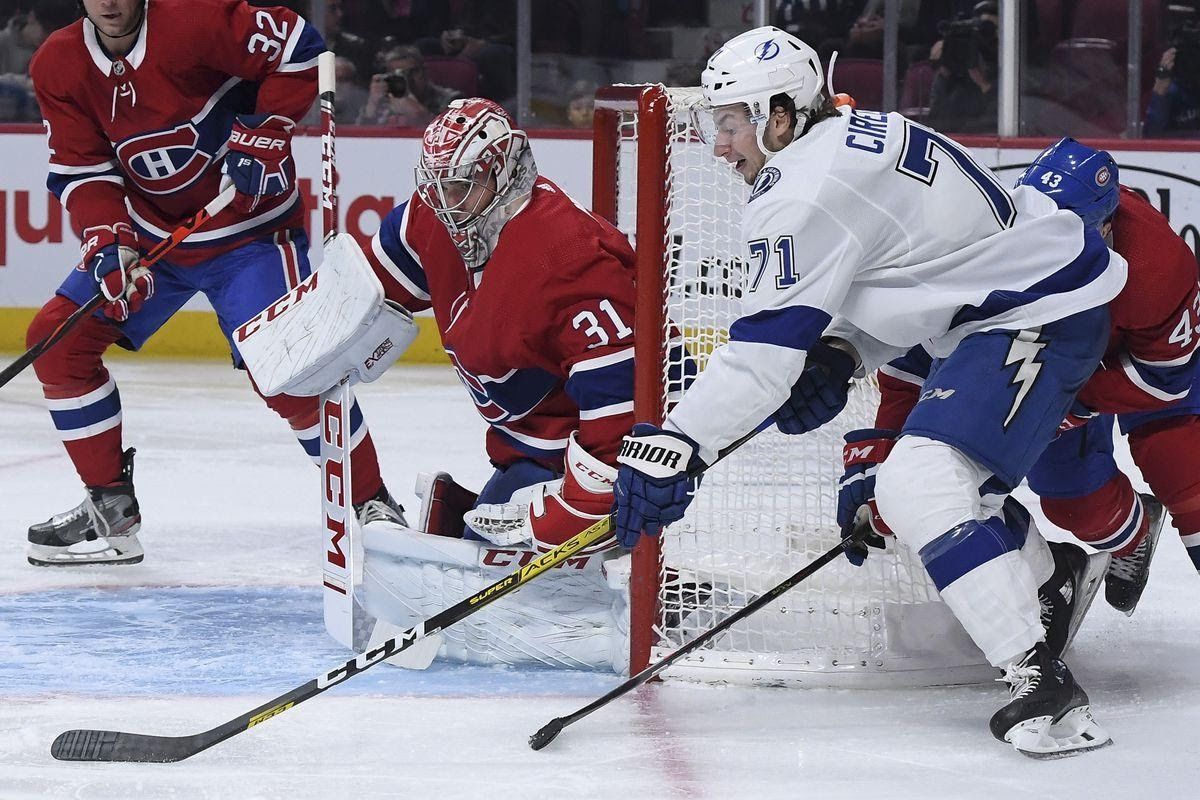 Tonight, Montreal Canadiens will face Tampa Bay for the 4th leg of the Stanley Cup final. Tampa Bay is only one win away from their 3rd Stanley Cup trophy (2nd consecutive title). Since 1999 the only team who won Stanley Cup 2 times in a row is Pittsburgh (2016 & 2017). Now Tampa Bay can write their name on NHL’s history too. They came to this tournament to defend their title that they won last year, and they are doing very well so far.

The last game for Montreal Canadiens was a disaster, as they lost each period 1-2 and the whole match with a final result of 3-6. A fully dominated game by the Bolts that scored two early goals and took the lead within the first 4 minutes. Although Danault narrowed the goal difference scoring for Canadiens in the 11th minute, the second period was a “copy-paste” period for Tampa Bay. They scored twice within 4 minutes again. With a 2-4 result after two periods, The Bolts had easier to manage the remaining minutes, scoring two more goals in the third period and winning the match 3-6. Now Canadiens have to forget that loss at home in order to come back to victories. It’s a “do or die” match for them, since there is no place for mistakes. Will Canadiens write the history and comeback 3-0 series?

Tonight at Bell Centre (Montreal), Canadiens or The Bolts? Who is going to win?

Like in two previous games for Tampa Bay against Canadiens, Marian Gaborik will miss even tonight due to his back injury. Another player that will miss tonight will be Anders Nilsson due to a concussion. Good news comes for Alexander Killorn, who has recovered from his foot injury and will be questionable for tonight’s game.

For Canadiens, Jonathan Drouin is the only one who'll miss the game, while Jake Evans seems to be recovered from his concussion and will be questionable till the last minute.

Tampa Bay looks to have everything in control since they lead the series 3-0 against Canadiens. It may be the last game of this season if “the Bolts” take another win tonight. Will the Bolts be able to lift the trophy for the 2nd consecutive year? Although chances are very slim for Canadians, they will try to take their first win in this series and to be back on the game. Seeing their last game against Tampa Bay, where the Bolts dominated the whole three periods. We predict that Tampa Bay will win even tonight. Even though nothing has finished yet, the odds for a comeback of Canadians are 41.00.

Time to finish this. #TBLvsMTL