Content
To top
1.
Bournemouth vs Aston Villa: the Visitors are Likely to Win
2.
Newcastle vs Nottingham Forest: the Magpies to Open the Season with a Win
3.
Tottenham vs Southampton: Both are Eager to Score
Users' Choice
65 200 USD

Aston Villa and Newcastle to Win, the Spurs and the Saints to Score: Accumulator EPL Tip for August 6 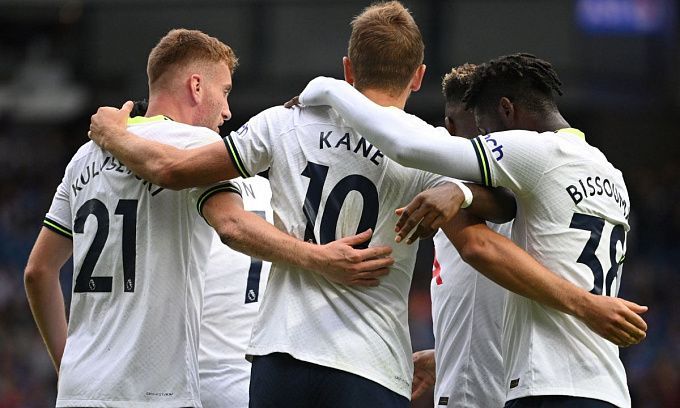 Accumulator tip for the English Premier League matches, which will take place on August 6. Who will be stronger? Check the teams’ conditions and expert betting tips. Several betting options are available!

Bournemouth vs Aston Villa: the Visitors are Likely to Win

Bournemouth is back in the EPL after a short break. Last season the Cherries performed magnificently - for 46 rounds, they gained 88 points, occupying the second line in the standings, two points behind Fulham. As for the off-season, Bournemouth played four friendlies. The result is not good - one win and three defeats.

Last season, Aston Villa was a strong club fighting to become a strong average performer. According to the campaign results, Steven Gerrard's charges took 14th place, earning 45 points, ten points ahead of the relegation zone. Aston Villa had five friendlies in the summer, claiming four wins and one draw.

Here we give preference to Aston Villa. The Lions are spending the EPL season. In contrast, Bournemouth has just climbed from the Championship, and they still have to acclimate. Steven Gerrard's squad had great friendly matches, while the Cherries looked dismal.

Newcastle vs Nottingham Forest: the Magpies to Open the Season with a Win

Newcastle had a great second half of last season. The team managed to gain many points and shift from outsiders to the squad from the standings' middle. With 49 points, the Magpies took 11th line. Eddie Howe's charges participated in six friendlies over the summer - four wins and two losses.

Nottingham Forest returns to the EPL after 23 years! This is an incredible event for them. Last season the team was fourth in the Championships standings with 80 points, going into the playoffs. They beat Sheffield United (3:3, 3:2 shootout) and Huddersfield (1:0). Nottingham played seven friendly fixtures in July, picking up two victories, three draws, and two defeats.

We think that Newcastle will end up the winner. Of course, it will be difficult not to support Nottingham Forest in the new season, but they're obviously weaker than the opponent. The Magpies have big plans for this campaign, and starting at a packed St. James' Park will be much easier.

Tottenham vs Southampton: Both are Eager to Score

Tottenham gained momentum at the end of the season and jumped into the Champions League. The Spurs finished fourth with 71 points. They took part in four friendlies getting two wins, one draw, and one loss. Southampton proved to be an average squad in the last campaign, although the end was a failure. As a result, the Saints found themselves in 15th place with 40 points. In the offseason, Southampton played five friendly matches, where they could gain only one victory with two draws and two defeats.

In this meeting, we suggest betting on goals. The head-to-head encounters between these opponents often please us with the scores since they reached the total over four of the last five matches. Tottenham is the favorite, but Southampton is a strong club that can quickly put up a fight. In addition, the rivals are quite homesick for serious soccer - we expect a spectacular clash.