Content
To top
1.
Ferencvaros vs Shamrock Rovers: the Hosts to Outclass the Visitors
2.
Malmo vs Sivasspor: the Swedish Club to Defeat the Turkish One
3.
Austria Wien vs Fenerbahce: the Visitors are Likely to Win
Users' Choice
1633 200 USD 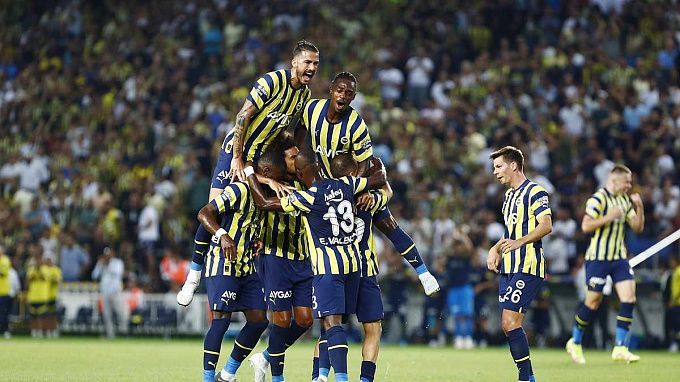 Accumulator tip for the Europa League matches, which will take place on August 18. Who will be stronger? Check the teams’ conditions and expert betting tips. Several betting options are available!

Ferencvaros vs Shamrock Rovers: the Hosts to Outclass the Visitors

Ferencvaros best Tobol (5:1 on agg.) and Slovan Bratislava (5:3 on agg.) in the UCL qualifier, but faltered at Karabakh, losing 2:4 on aggregate.

Shamrock Rovers played two rounds in the Champions League qualifier and another round in the UEL qualifier. The Irish club defeated Hibernians (3:0), but failed to Ludogorets with a total score of 2:4. In the UCL qualification, Shamrock Rovers thrashed Shkupi by 5:2 on agg.

In this match we choose Ferencvaros. No matter how you look at it, the Hungarian club noticeably outclasses the Irish one. Moreover, they are clearly going to improve at home for the loss of qualification for the Champions League.

Malmo vs Sivasspor: the Swedish Club to Defeat the Turkish One

Malmo has played two UCL qualifying rounds and one within the UEL. The Swedish club started with a victory over Vikingur (6:5), and then fell to Zalgiris (0:3). Yet, Malmo had no problems dealing with Dudelange (5:2) in the Europa League qualifier.

Sivasspor has not played any matches in the various European Cup qualifiers. In the new season they played three times getting one draw and two defeats.

The bookmakers' experts regard Malmo as the favorite and it's hard to disagree. Sivasspor looks worse than their opponent so the chances of their success in Sweden seem slim.

Austria Wien vs Fenerbahce: the Visitors are Likely to Win

Austria has not participated in any European Cup qualifiers. In the new season, they took part in five official matches, claiming two wins, one draw and two losses.

Fenerbahce came to the Europa League qualification from the UCL qualifier. There, the Turkish club lost to Dynamo Kyiv (1:2). In the UEL round Fenerbahce beat Slovacko with a total score of 4:1.

As for betting on this match, we suggest Fenerbahce. The club is more seasoned than Austria that has already played in two qualifying rounds, while for the Austrian team it will be the first such experience in the new season.