Content
To top
1.
Croatia vs Brazil: the Choice is Obvious
2.
Netherlands vs Argentina: Waiting for the Goals Scored
Users' Choice
2116 200 USD 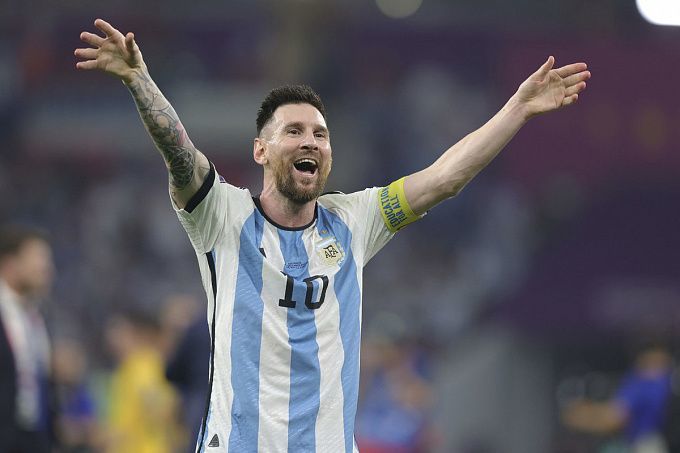 Accumulator tip for the FIFA World Cup 2022 matches, which will take place on December 9th. Who will be stronger? Check the teams’ conditions and expert betting tips. Several betting options are available!

Croatia vs Brazil: the Choice is Obvious

Croatia had only one win in the group stage and two more draws - enough to qualify for the playoffs from second place. And in the last 16, the Croats dramatically defeated the Japanese in a penalty shootout (1:1, 3:1). The Brazilian team won twice, but their second lineup failed in the third round. Tite's team won the group and easily defeated South Korea in the last 16 (4:1).

We think the Brazilian team will have no trouble getting a victory in this match. Any way you look at it, the difference in class is huge - the Brazilian roster is much stronger than the Croatian one, so they are the main favorites.

Netherlands vs Argentina: Waiting for the Goals Scored

The Netherlands sealed two victories and one draw in the group and quickly reached the last 16 from first place. The Dutch have coolly defeated the U.S. (3:1). After a stunning defeat in the first round of the group stage, the Argentine team has already secured two wins, so the team advanced to the playoffs. In the last 16, Leo Messi and his teammates beat Australia 2:1.

In the upcoming meeting, think about goals. The opponents at this World Cup have never left the field without scoring, and both have great offensive players capable of alone to convert the opportunity.